Did you know there’s a day for Dragon appreciation? Yup, January 16th is Appreciate a Dragon Day. It was created by Donita K Paul to promote her novel “Dragon Spell” and has quickly gained traction from dragon enthusiasts. It comes to no surprise, powerful wings and flaming fiery breath, mystical and full of wisedom, while also tamable, noble, and, at times, even friendly. Although Appreciate a Dragon Day has only been around since 2004, dragons and appreciation for them has a long history.

Although it is not clear when or where dragons first originated from, they can be traced back to the ancient Greeks and Sumerians, where their personality could range from useful and protective to harmful and dangerous. Dragons have also been a part of East Asian culture for over 4,000 years where they were honored as sources of power and bringers of rain. However, not all their symbolism is as noble. As Christianity spread across the world, dragons came to represent something more sinister: Satan and evil. For this reason, a dragon can be both a symbol of bad, destruction, and evil, while also being a symbol of supernatural power, wisdom, good luck, courage and strength depending on the culture.

Their symbolism is not all that varies within cultures. The way dragons are depicted in art and literature also varies. Western dragons tend to have bat-like wings and are considered something to be feared, where as Eastern dragons have snake-like features, many times with no wings, and are associated with royalty and heaven.

Haiti and Central America, where our dragons come from, really take the first approach by having their dragons be winged, fire breathing creatures; however, whether the dragon you take home is something to be feared or whether it is friendly and welcoming, that is for you to decide! See what we have in stock, here! 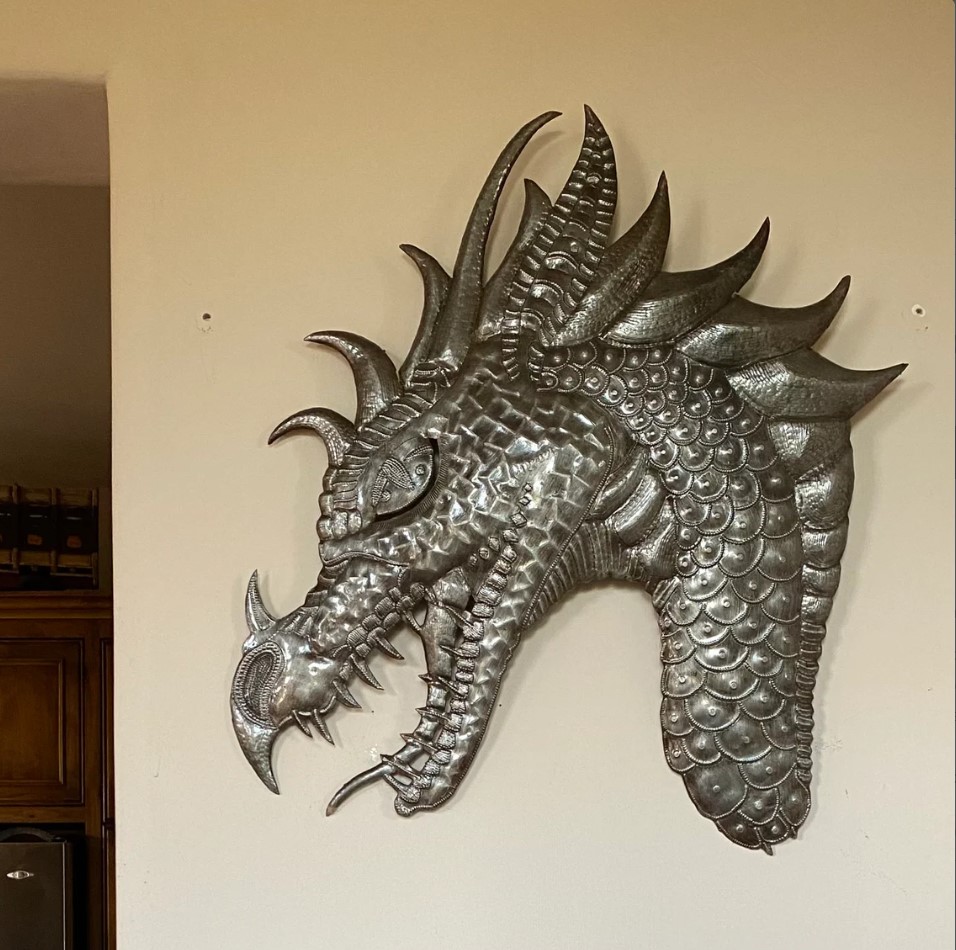 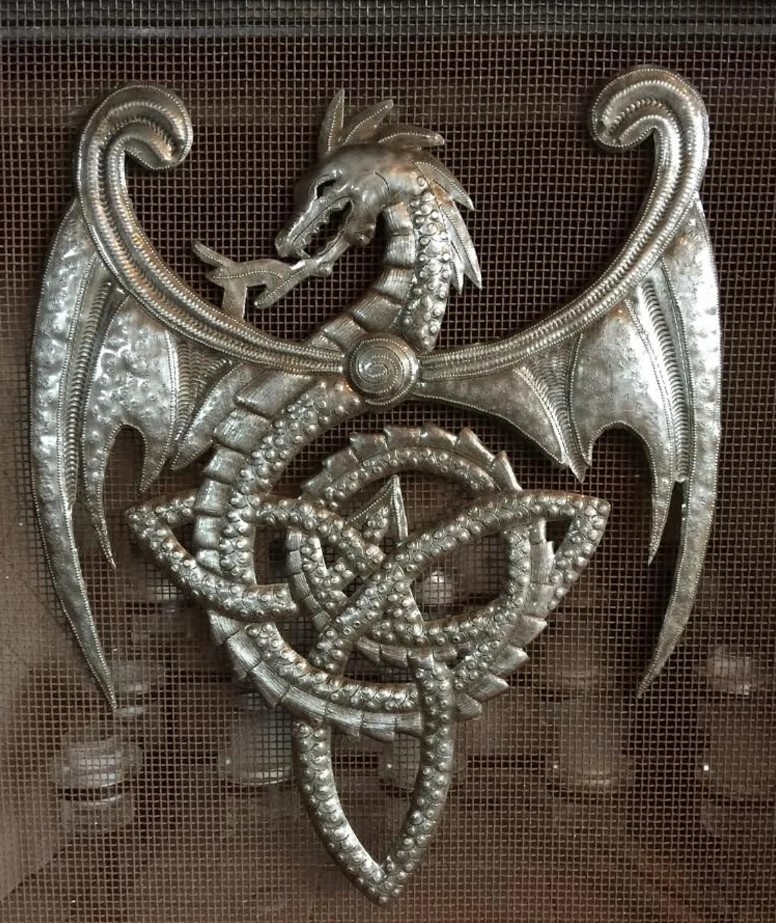 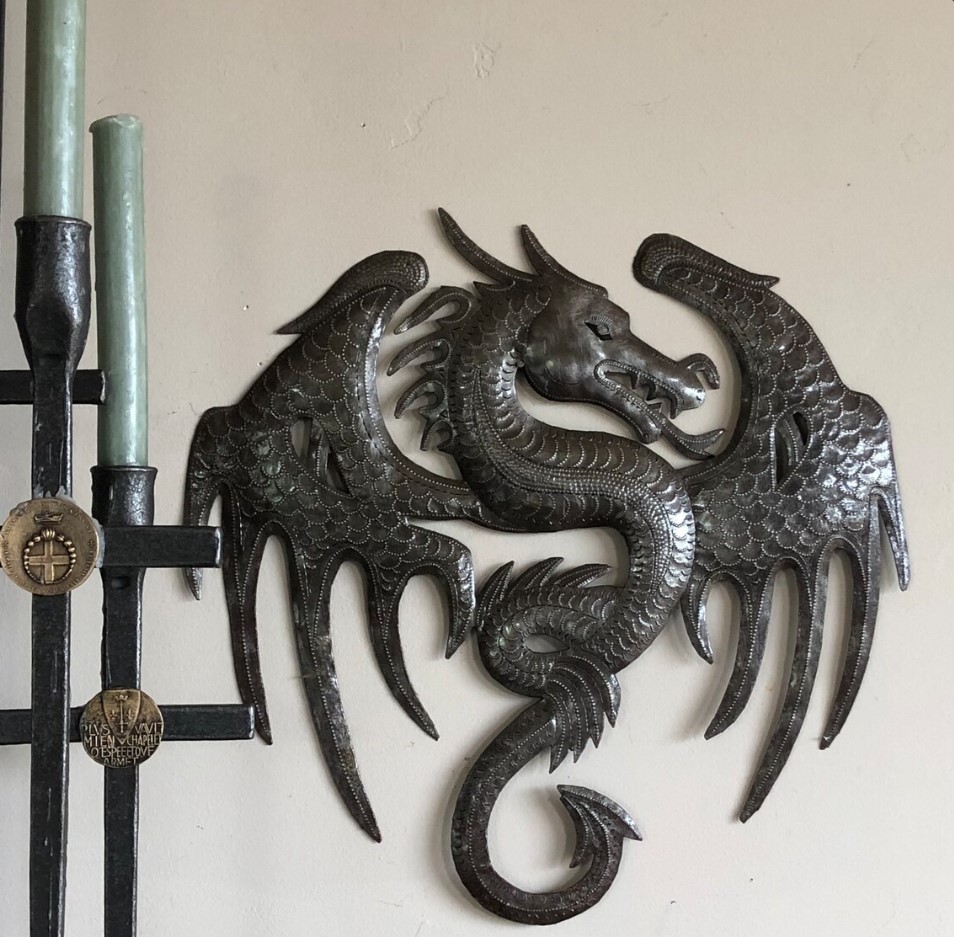 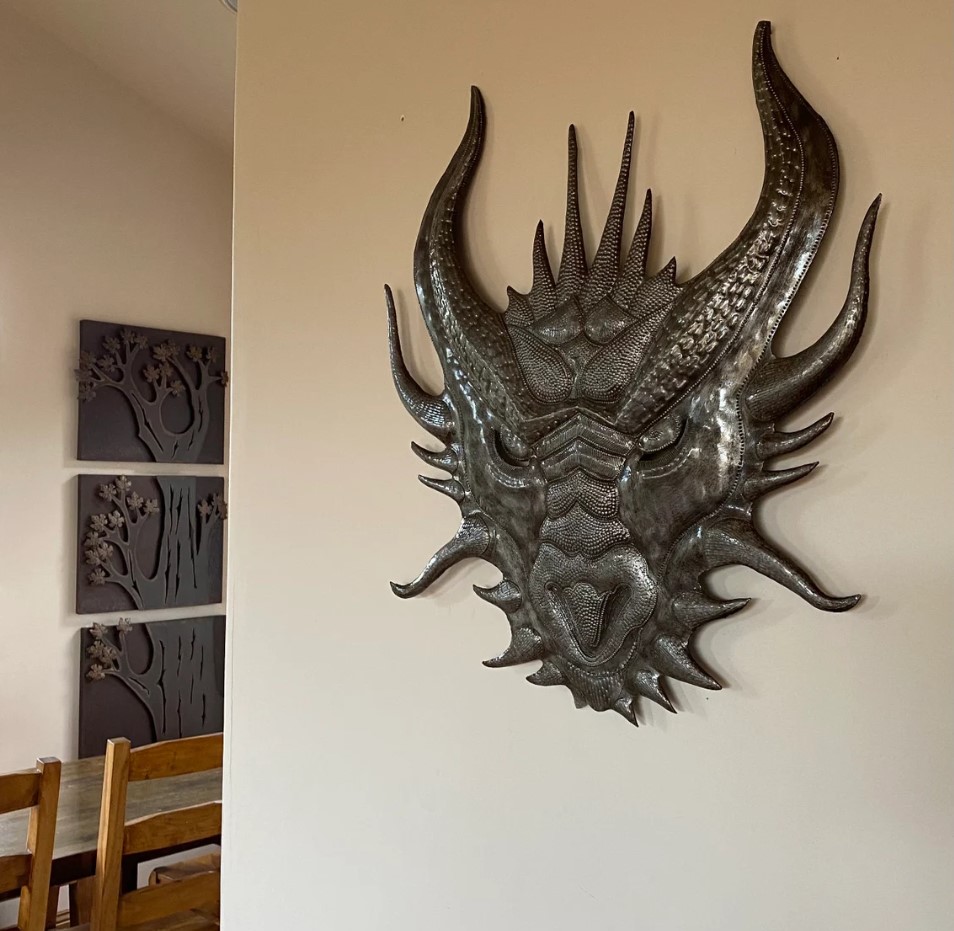