If you’ve been scrolling through our website, you may have noticed our doll section. Now, as you can probably tell by just looking at them, these aren’t the kind dolls that you’d find at a big box store, they are handmade works of art and vintage collectible items. They are made using traditional fabric.

Fewer people are as recognizable and symbolistic to a whole country as Cholitas are to Bolivia: their bowler hat, their long braids, their beautiful shawls paired with stunning bright-colored skirts. There is no mistaking them. However, up until a little over 10 years ago, Cholitas were discriminated against and marginalized due to their indigenous backgrounds. Often, the term “cholitas” was used as a derogatory way indicating someone was poor and alienated. The discrimination was so obvious that many would even be refused entry to certain restaurants, taxis, and even public transportation. However, this was quickly changed in 2006 with the election of Evo Morales, the country’s first indigenous president. Over the past years, cholitas have participated more in politics, television, and fashion. They have now formed an integral part of Bolivia’s national identity as they come to symbolize the renewed dignity of the indigenous population. We are proud to have our cholita dolls dressed in their traditional clothing, made by indigenous women, in our shop. 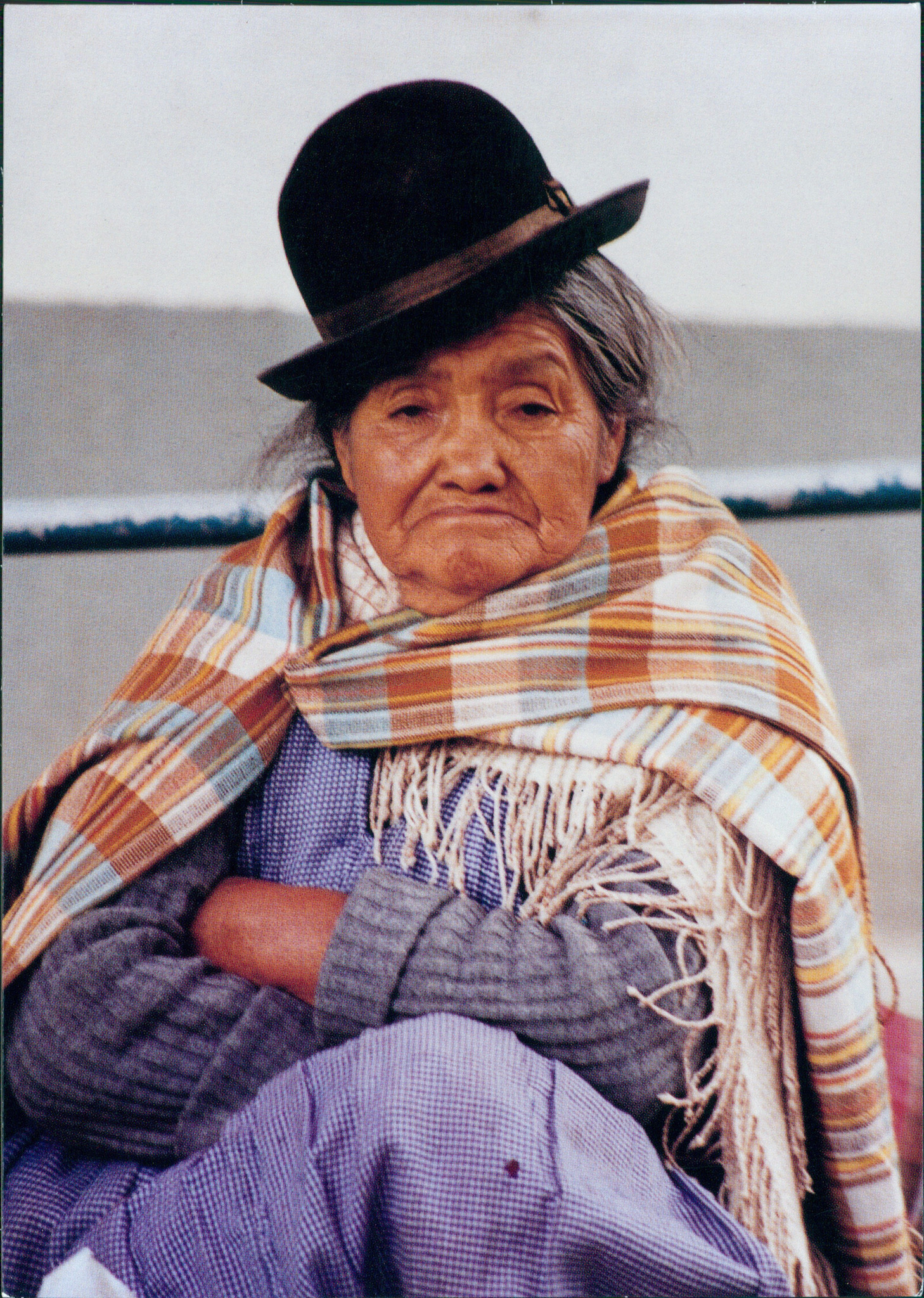 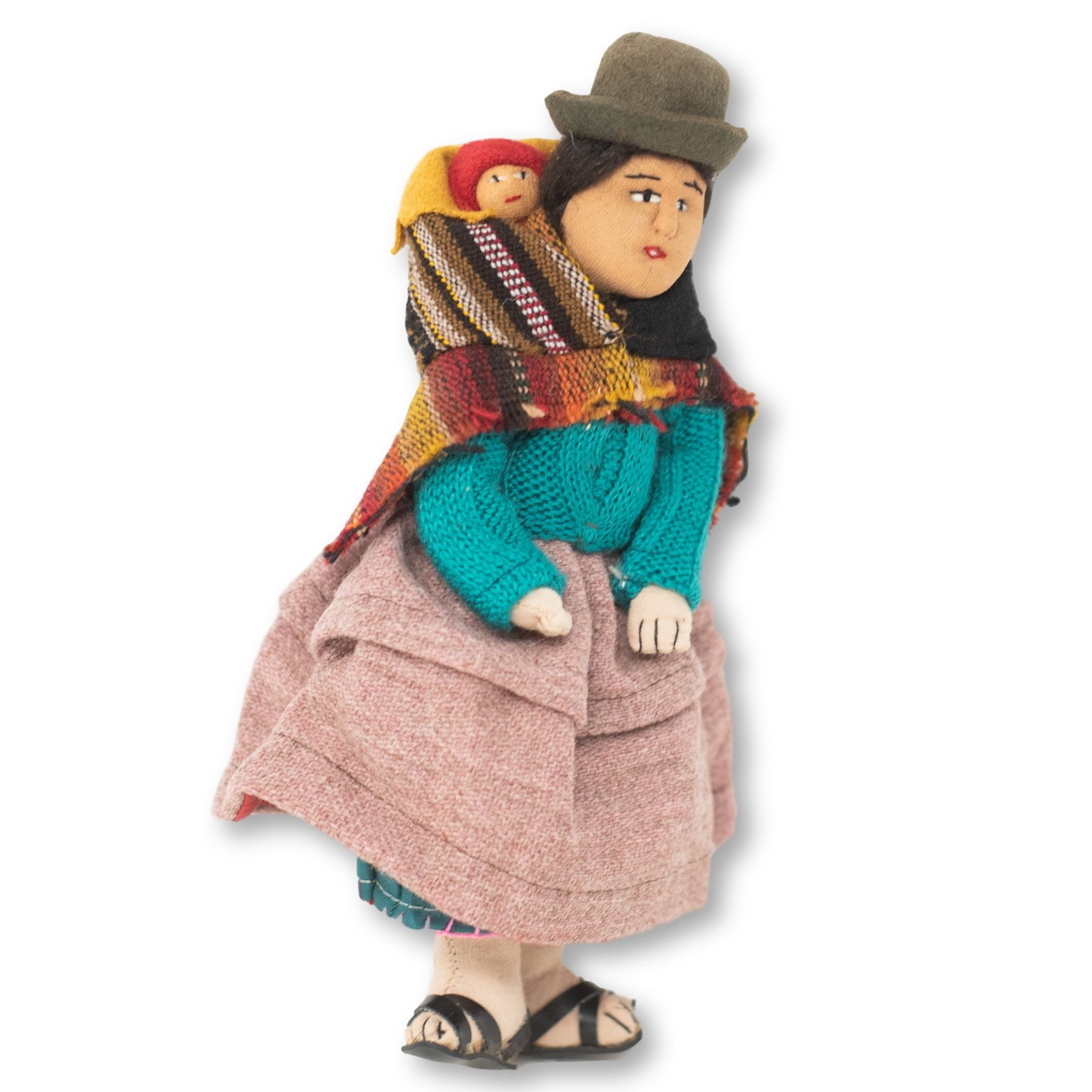 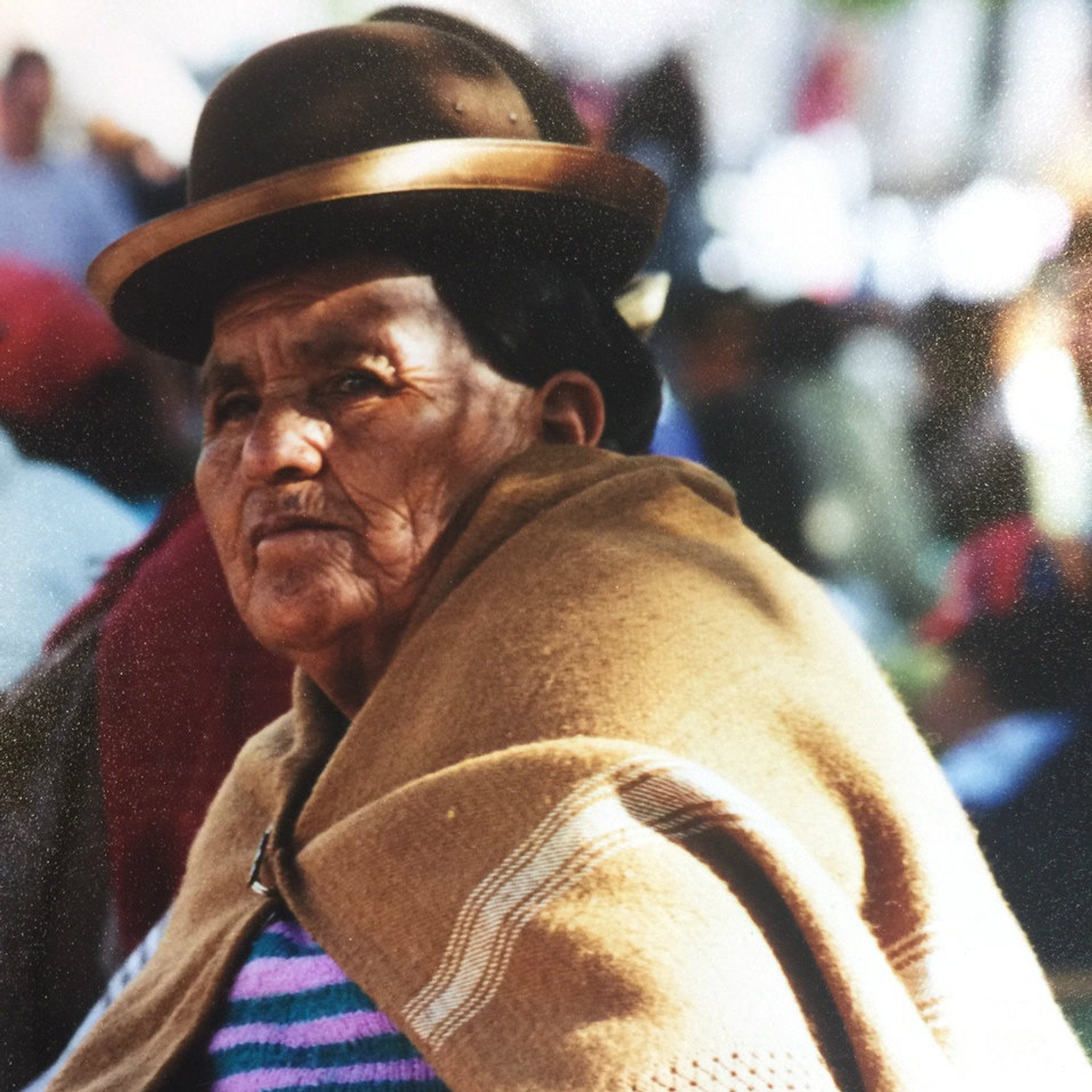 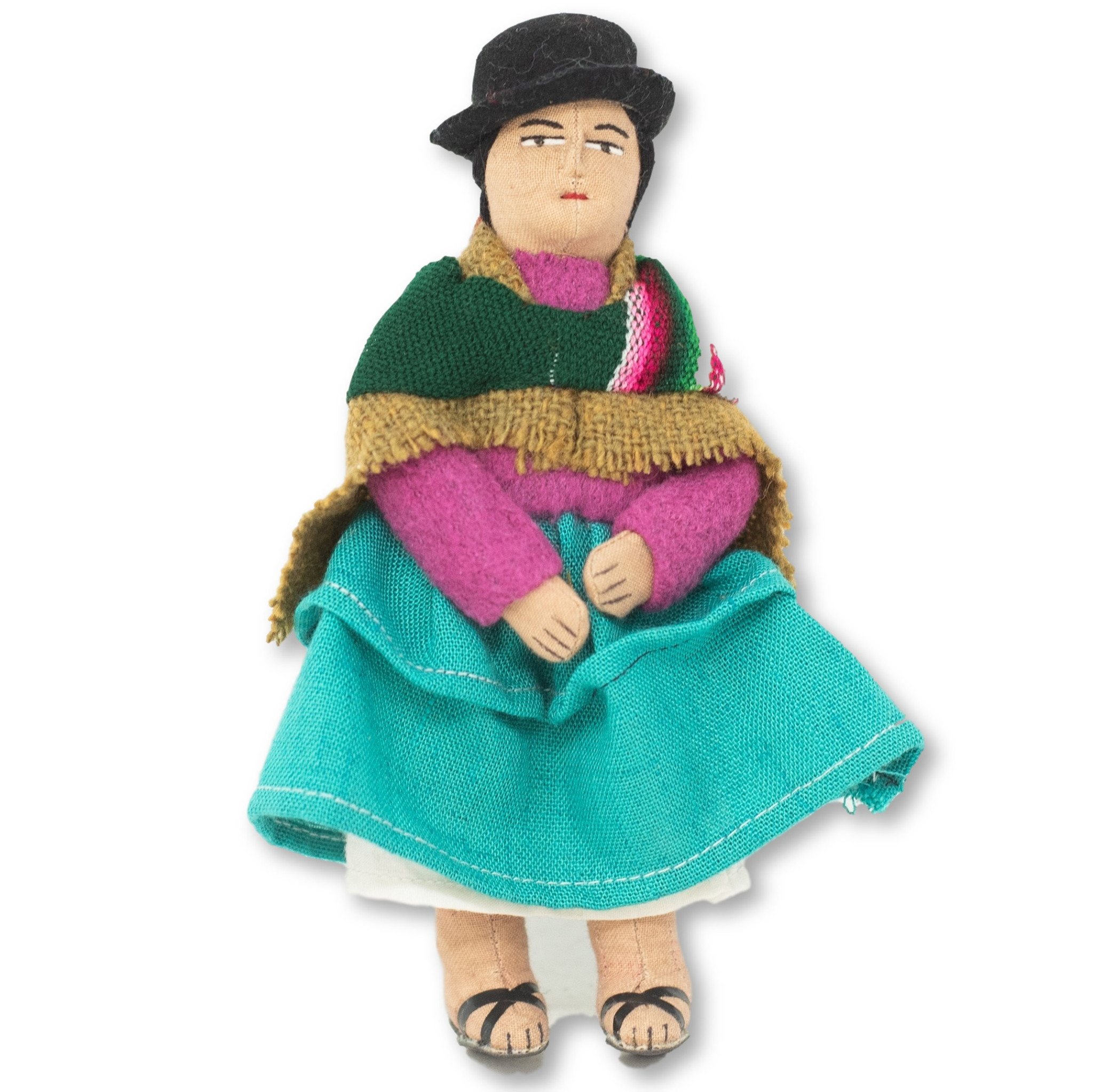 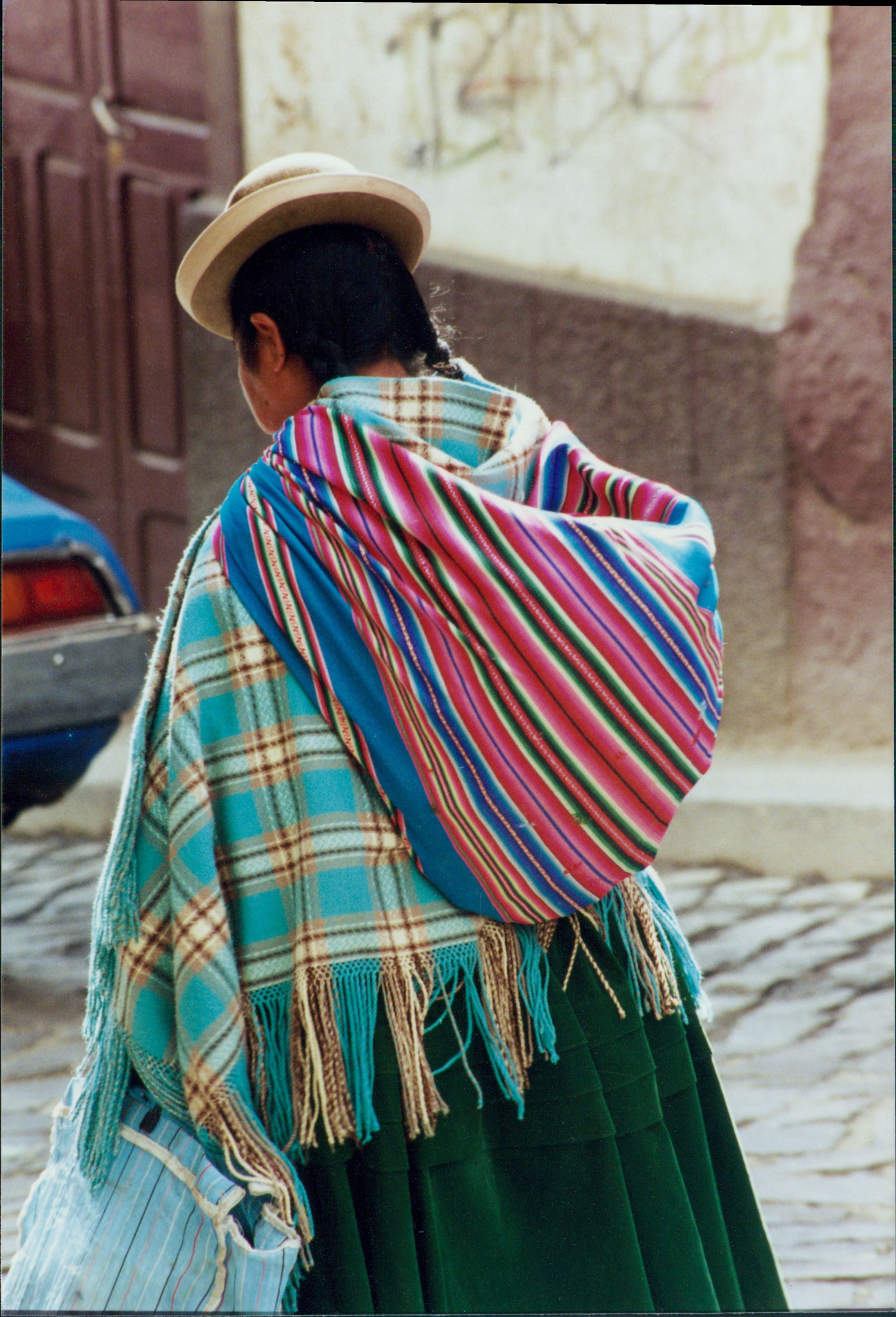 As we share more of our wide collection of vintage handmade dolls, you might find one particularly interesting. It is that of a man with a mustache wearing traditionally Andean clothing, specifically a colorful poncho and a hat. He doesn’t have a spare hand, as he is normally depicted carrying bags and baskets with food, household objects and money. (Now that I think of it, he looks a little like me when I get home from a grocery store trip and I’m trying to bring everything into my home in one trip.) Ekeko’s are a traditional god of luck and prosperity and are meant to bring monetary wealth to its worshippers. An offering is generally required before he provides his services. 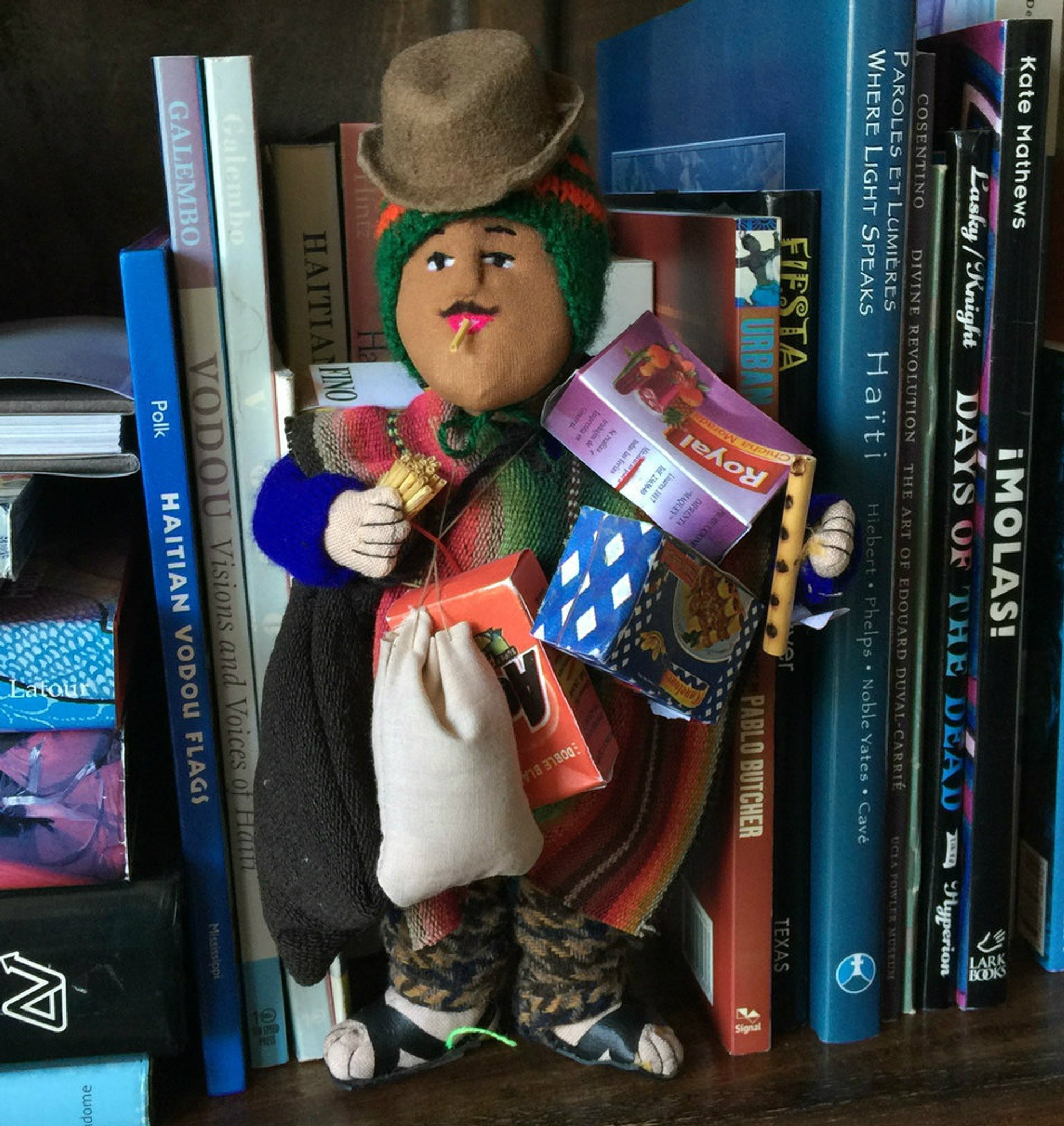 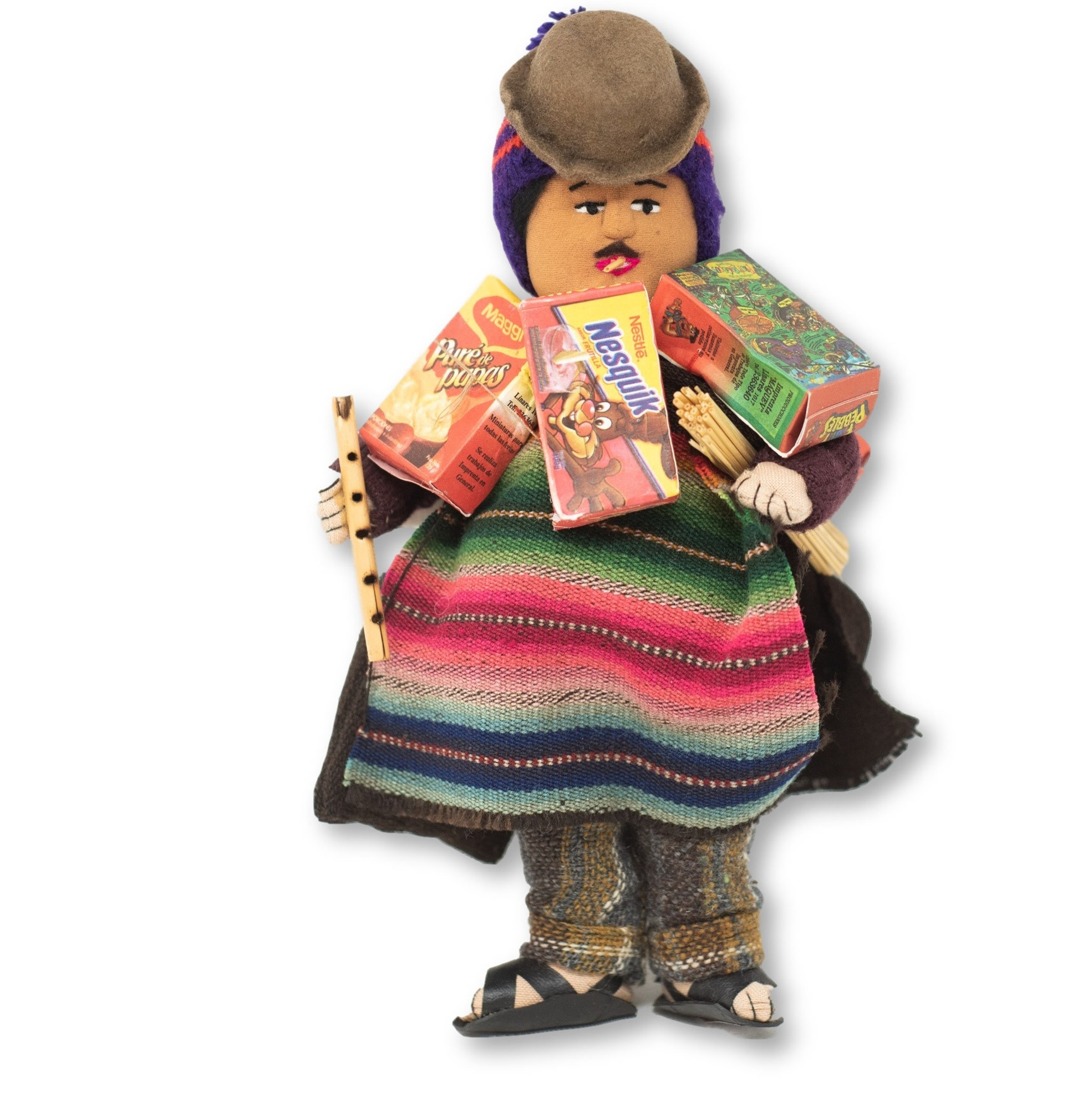 Music has always played a very important role in all cultures, and to Bolivia this is no exception. Originally, before the Spanish invaded Bolivia, the instruments used in folk and traditional Bolivian music were wind and percussion instruments. The Siku (panpipe) or quena with their variations were the main wind folk instruments. The Bombo or Reco Reco are some of the percussion instruments utilized. The Guitar and Charango are some of the string instruments were also commonly used. See our various traditional Bolivian musician dolls available in our shop! 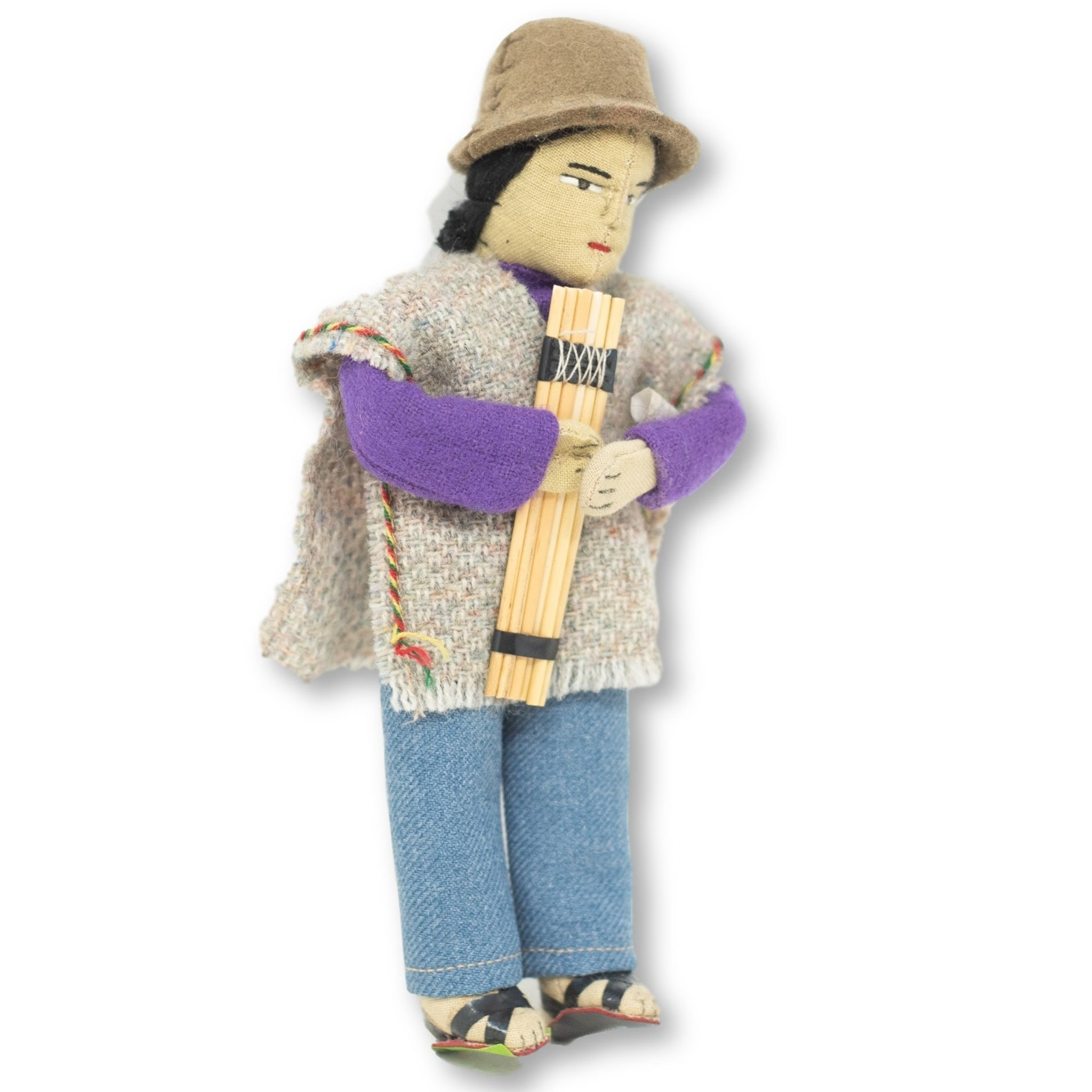 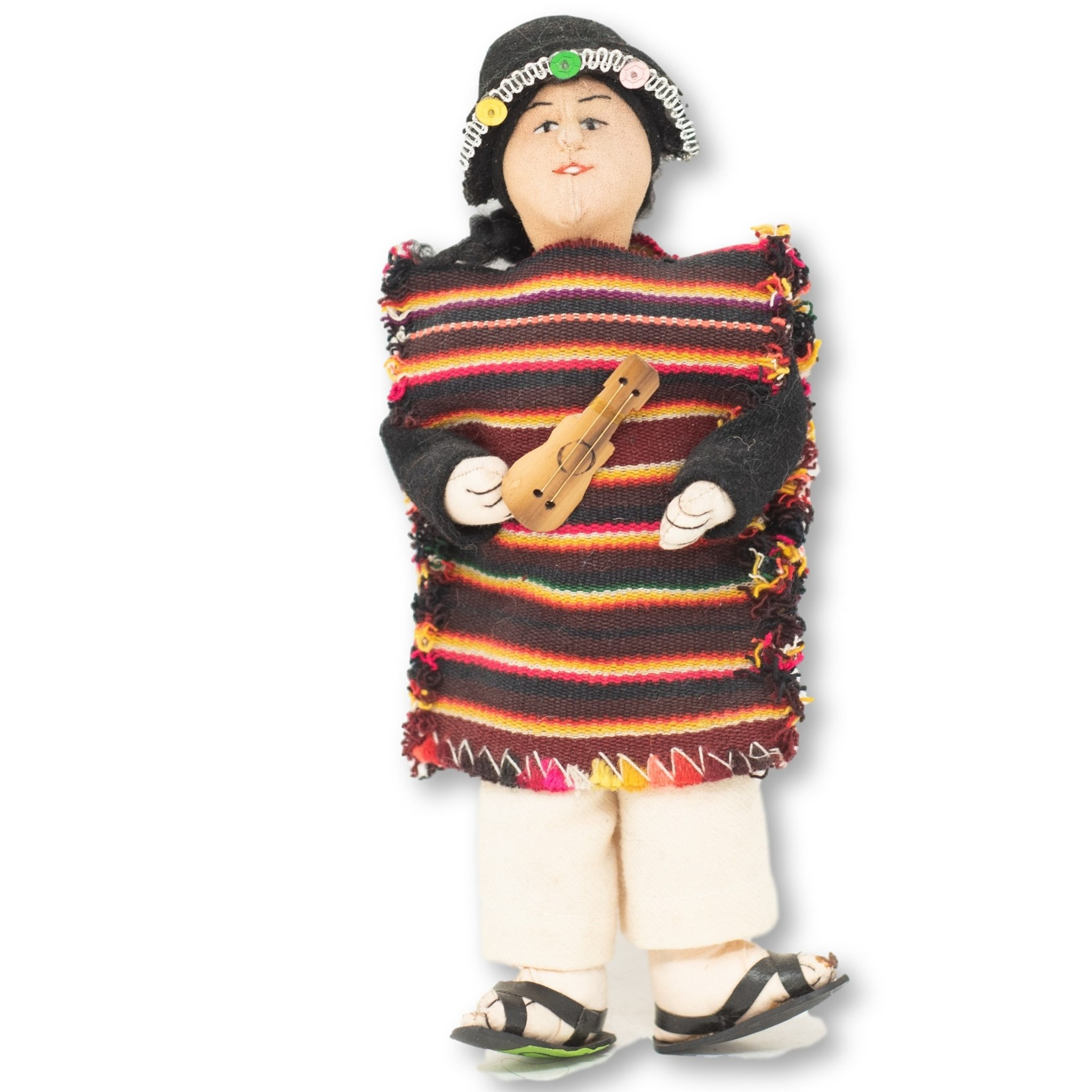 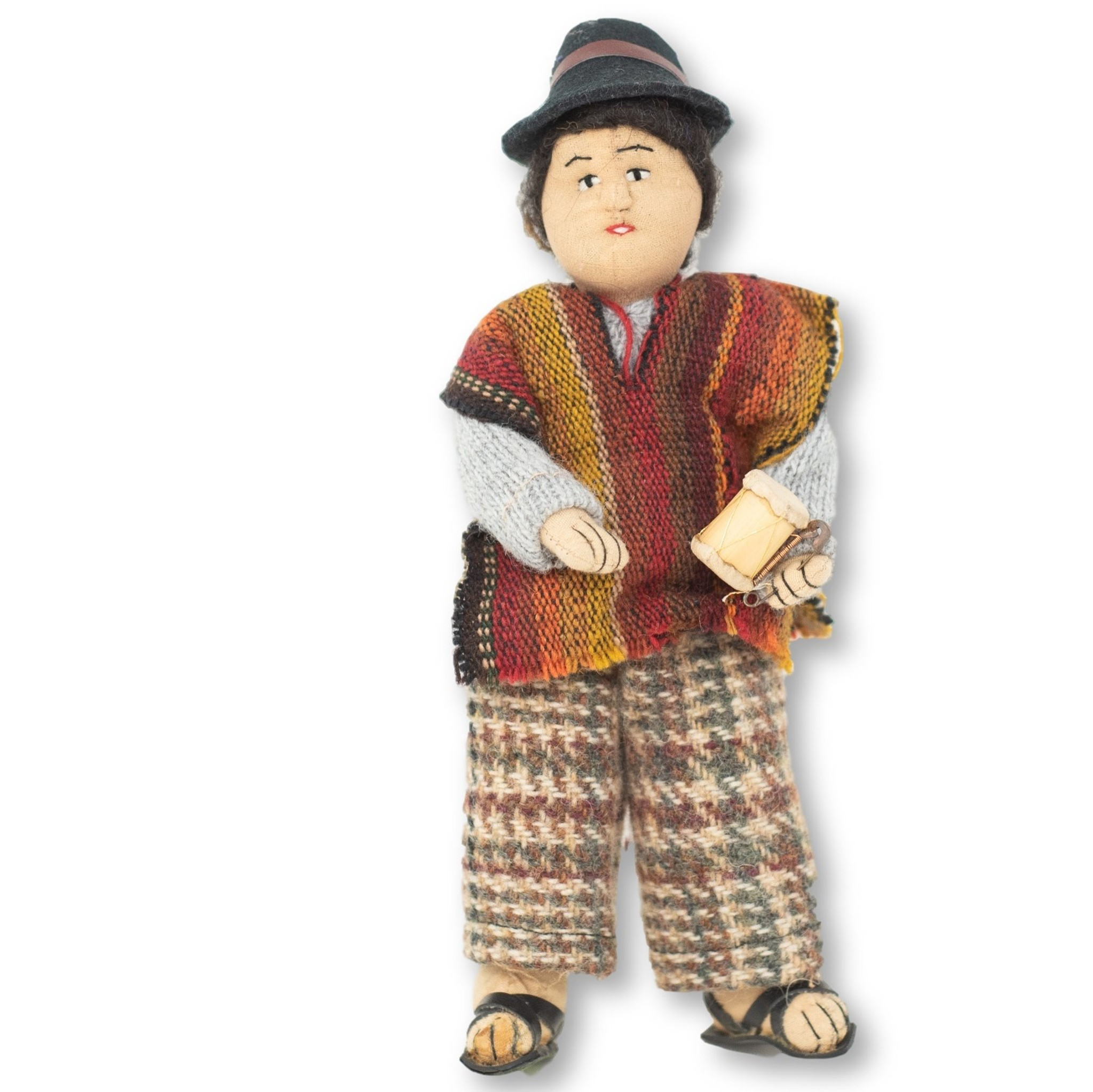 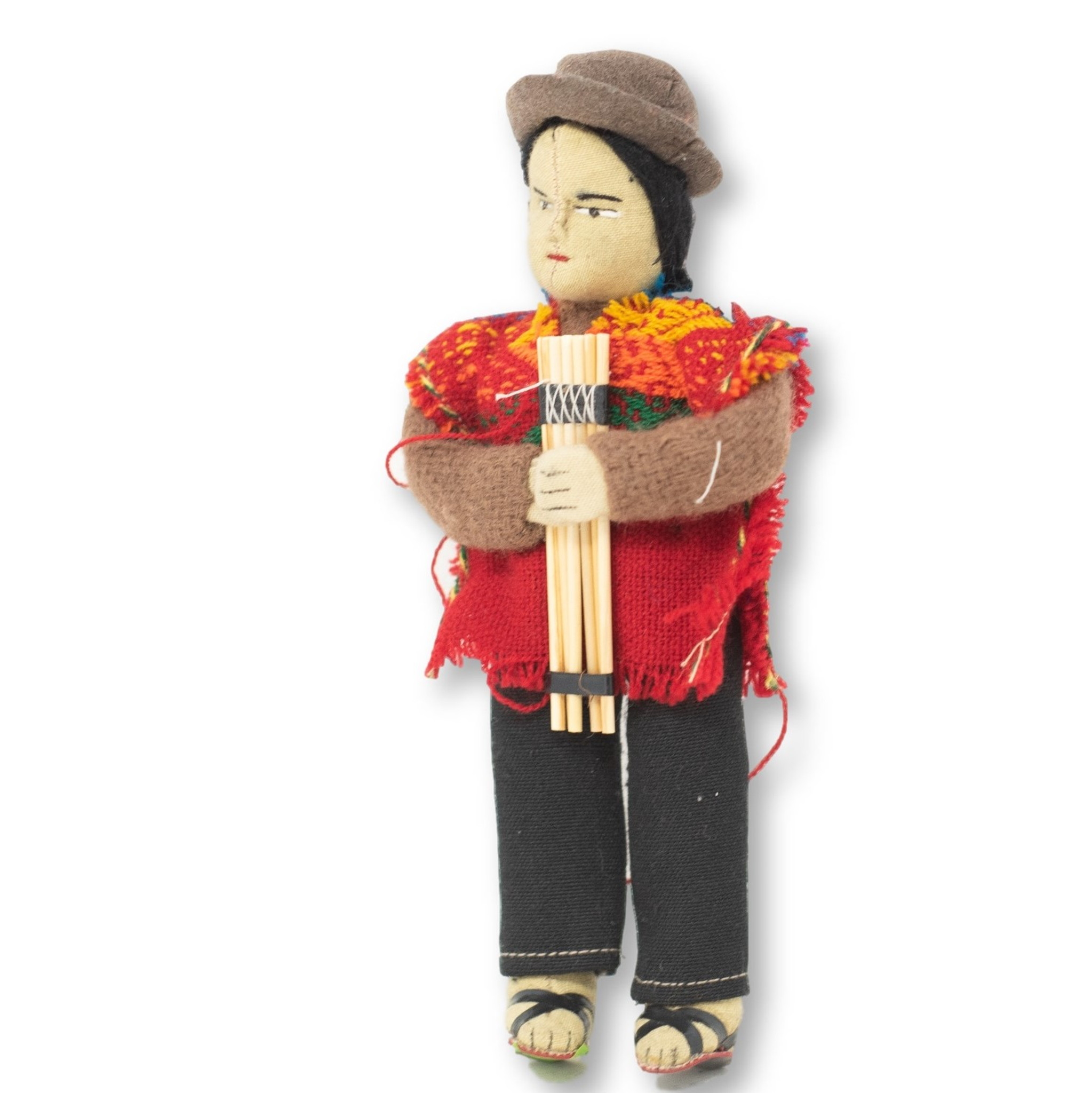 Coca is a native Southern American plant which plays an important role in Andan societies. In additional to its traditional medicinal value, it has also played a leading role in social interaction and religious ceremonies. In Andean communities, the  coca leaf is many times used as currency in some communities, while also playing a fundamental role in social interactions. For example, asking for a woman's hand in marriage involves a handful of coca leaves as a gift. And finally, the coca leaf is used in religious rituals to protect soem one from curses, change mad luck, and make offerings. You can find some coca leaf dolls on our site! 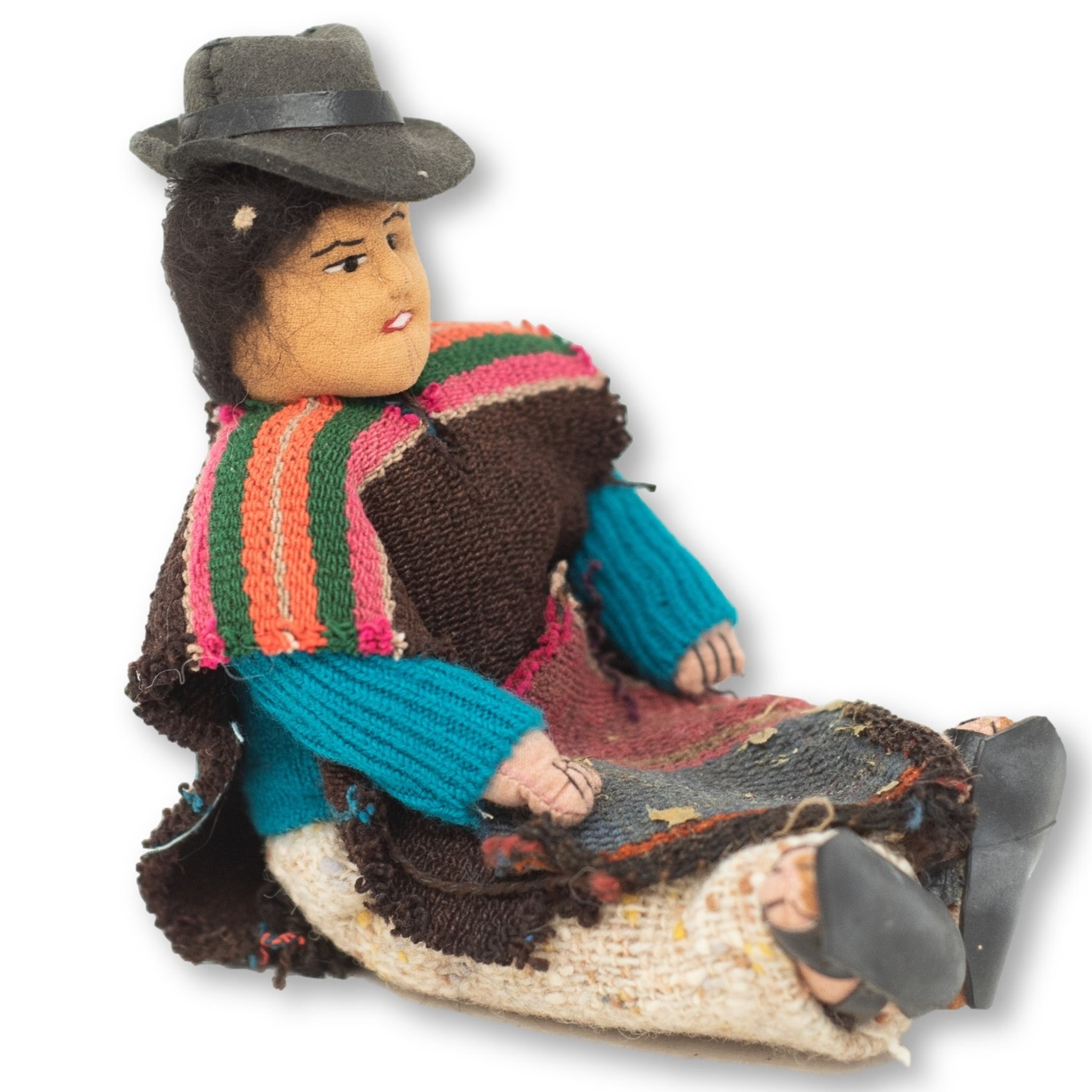 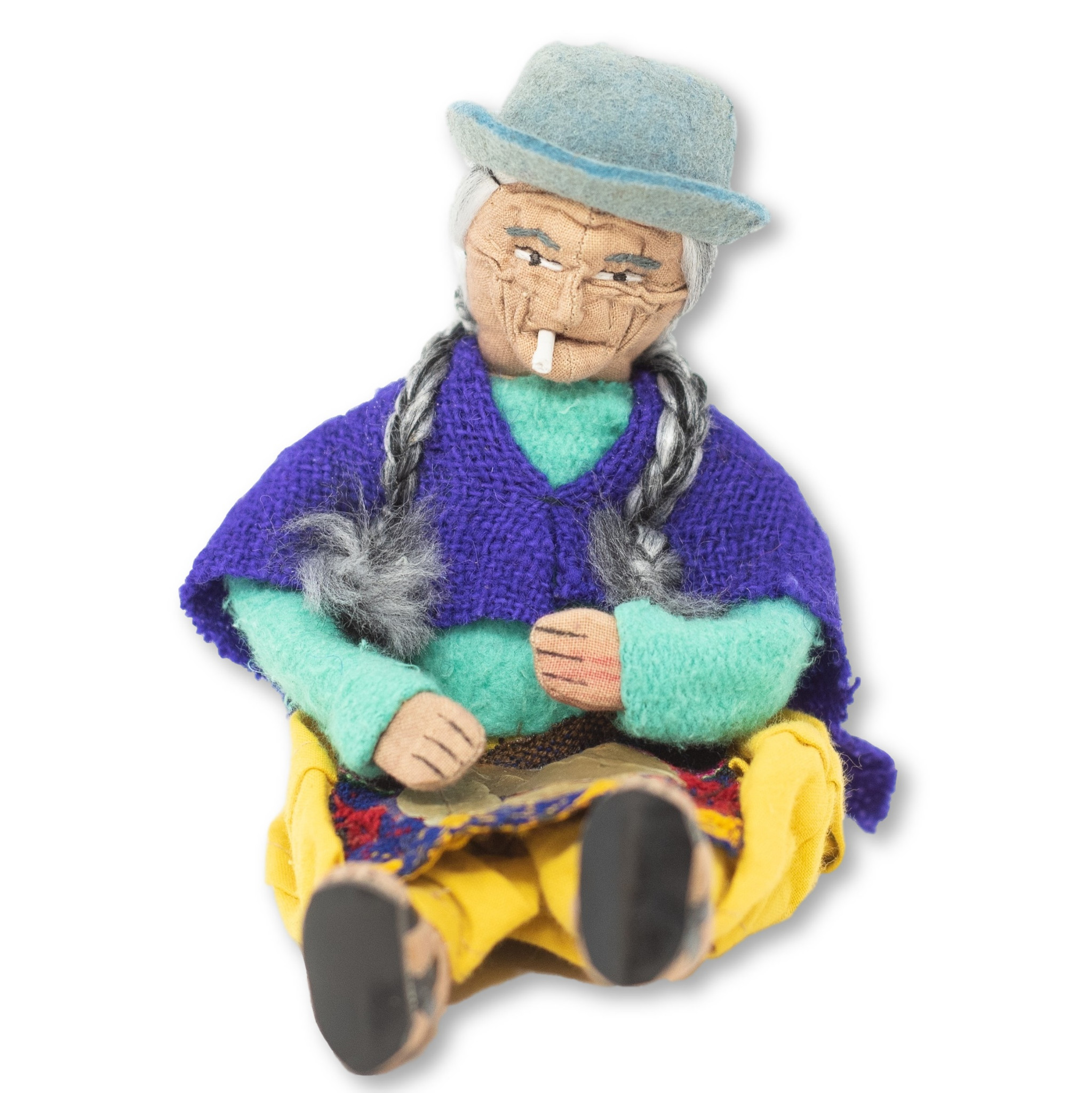 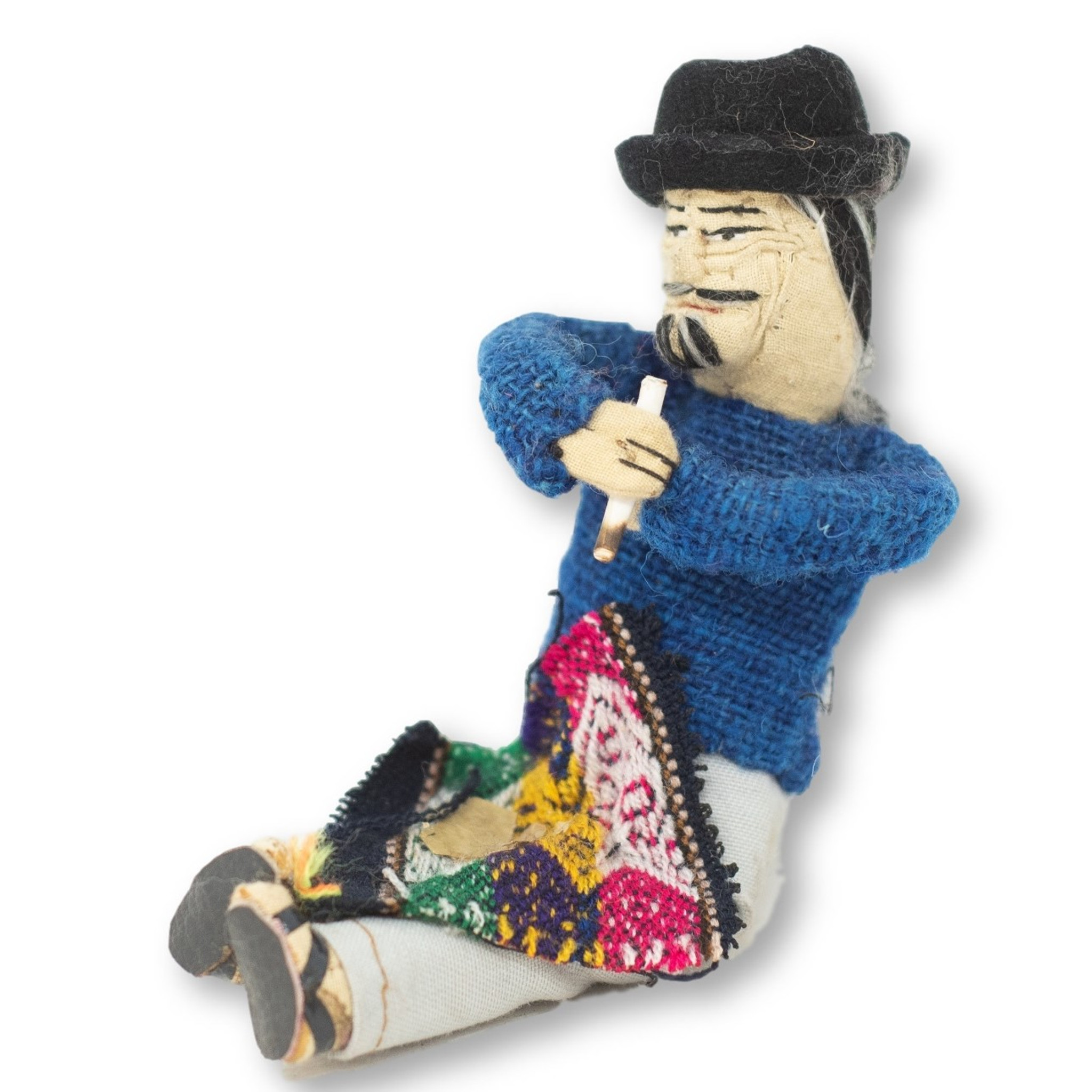 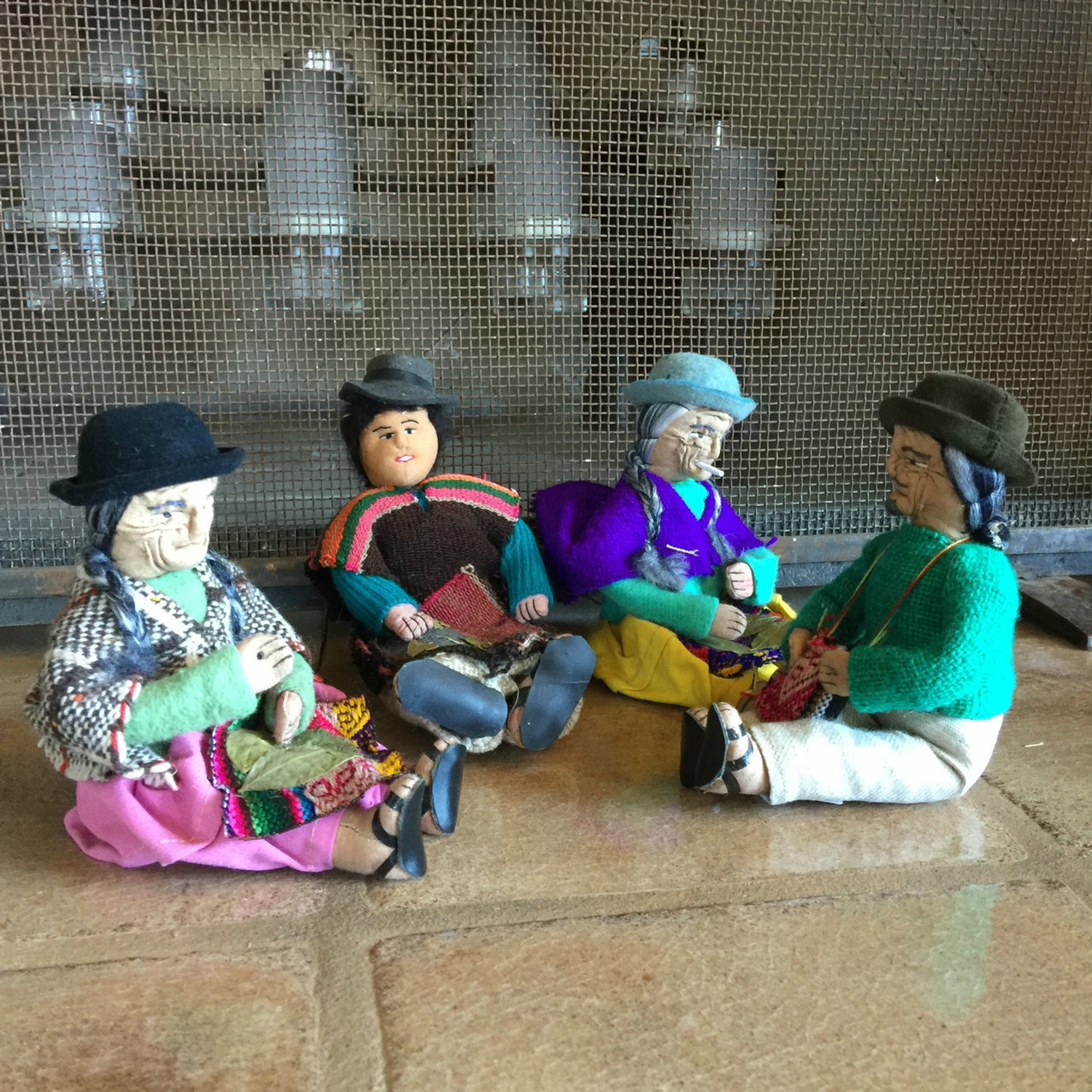