Alebrijes: You’ve probably heard about them. They have garnered much attention in recent years, and with a very popular Disney movie mentioning them, it seemed to really bring these creatures to the spotlight. But what are they?

Well, Alebrijes first originated in Mexico City with an artist named Pedro Linares. Linares said that in 1943, after falling very ill and having a very high fever, he lay in bed unconscious and dreamt of a strange place that resembled a forest where he saw trees, rocks, clouds that turned into animal-like creatures. Not any animals, but creatures such as a donkey with butterfly wings, a rooster with bull horns, and a lion with eagle heads. The one thing these bizzare creatures had in common was that they would all shout one word, "Alebrijes!". Being the artist he was, once he recovered, he took inspiration from this dream/hallucination and began creating 3D creatures out of different types of paper. 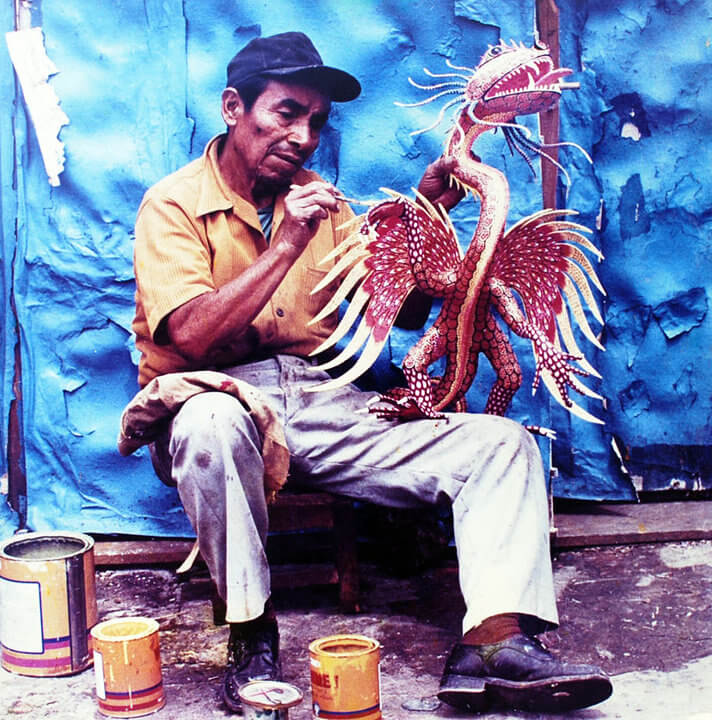 It was not long before he gardnered the attention of artists like Diego Rivera and Frida Kahlo, customers of his Judas figures. He made a name for himself and, in 1980, when a Mexican art craft workshop was arranged in the U.S. it was no surprise it was featuring Pedro Linares, as well as Maria Sabina, a textile artisan from Oaxaca. It was at this time when they learned of the alebrijes papier-mache sculptures. Linares demonstrated his design, which were adapted to the wood carving.

Now, this wasn't necessarily new to these Oaxacan artists. The the 20-day cycle of the Zapotec calendar depicted similar creatures as spirit guides. Being strongly connected with nature, the Zapotecs created symbolic creatures mixing two living animals and portraying them with human characteristics. The role of these creatures was to link the beings of the spirit world with those of the real world. These mixed beings would then help guide a person through their lives, lead them on their path, and help them become who they were truly supposed to be, the best version of themselves. When these artists began creating wooden sculptures, they merged Pedro Linares' Alebrijes and these spirit guides and created a unique mix of their own. In the 1990's, the artisans of Oaxaca began to use the word "Alebrije" to designate their figures carved in wood. 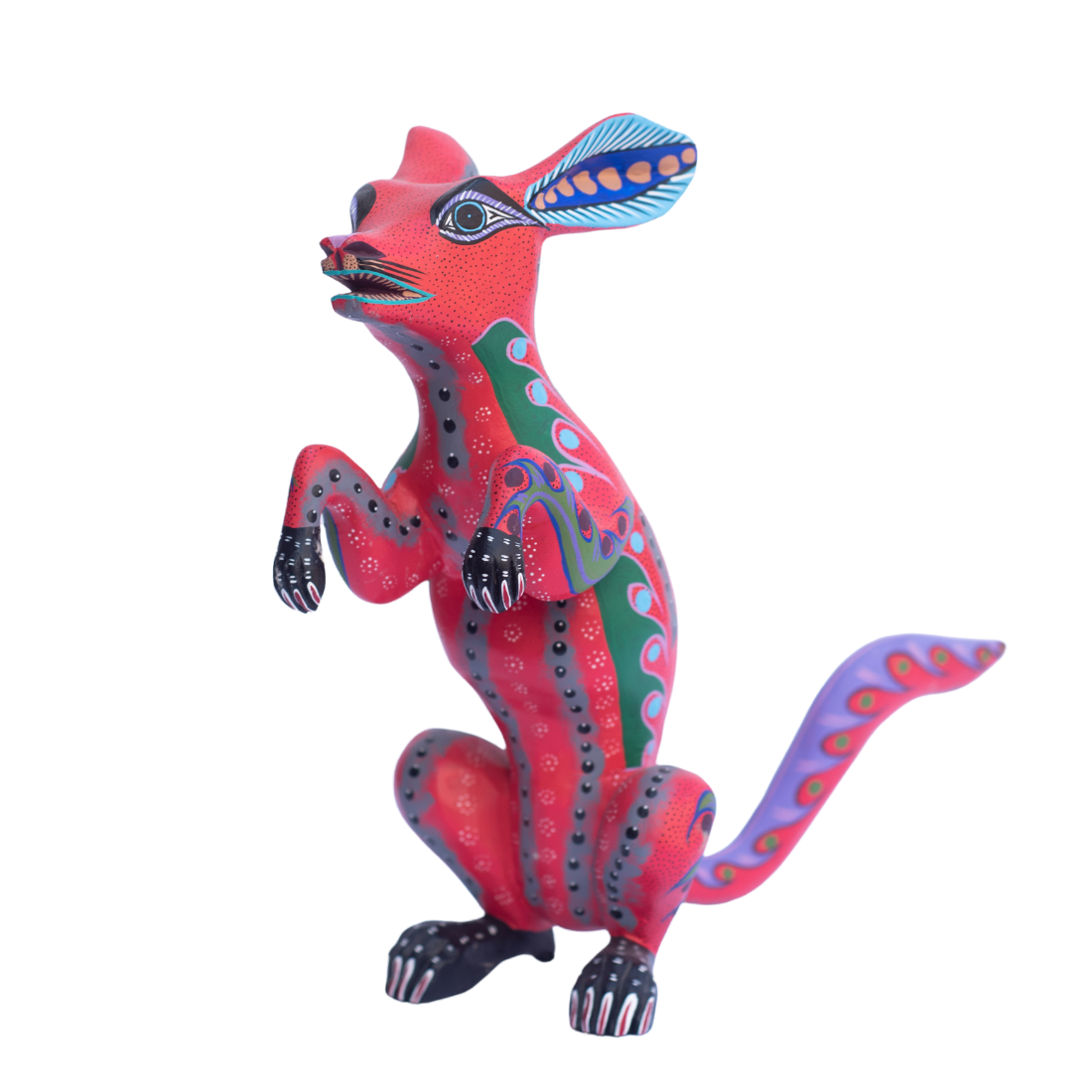 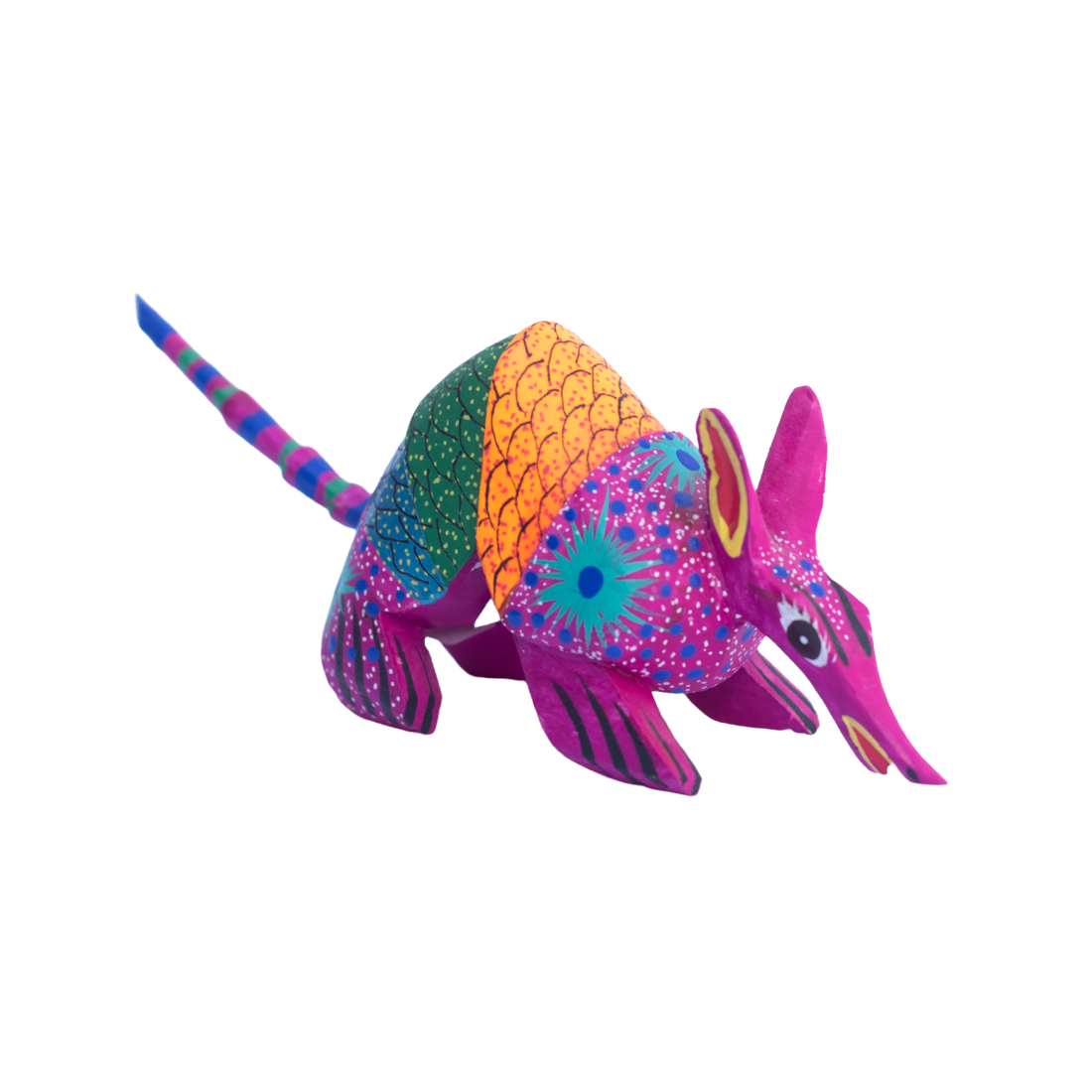 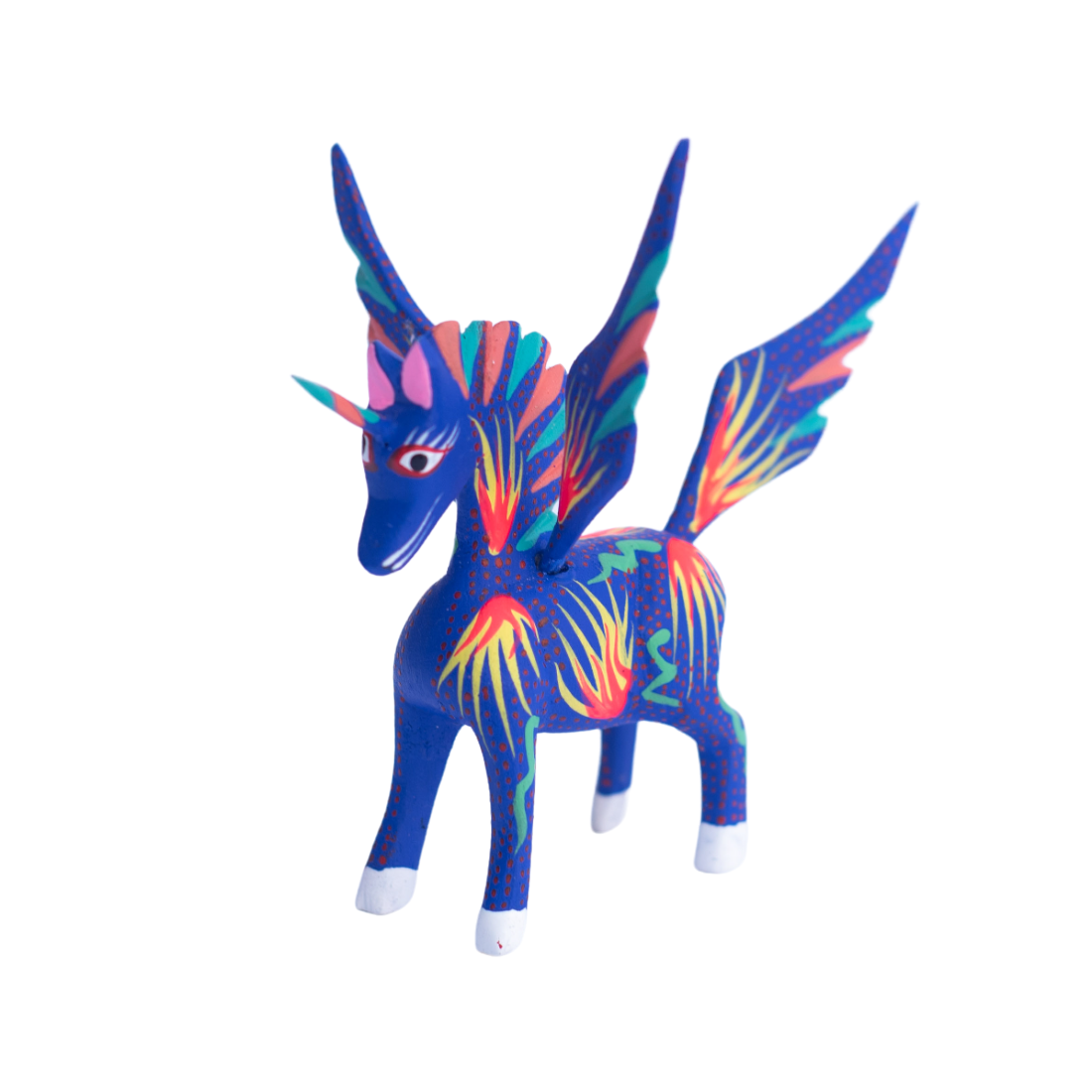 Today, Alebrijes are still being created in Oaxaca. To these artists it is important to maintain their Zapotec culture in these creatures. These Alebrijes are still being made using wood from the Copal tree, a tree considered sacred by the Zapotec people, and are still colored with the traditional natural pigments to reflect the connection they have to nature. So, when you take one of these hand-carved and hand-painted Alebrijes home, you are taking more than just a beautiful creation, you are taking with you a part of Mexico and its rich history with you. 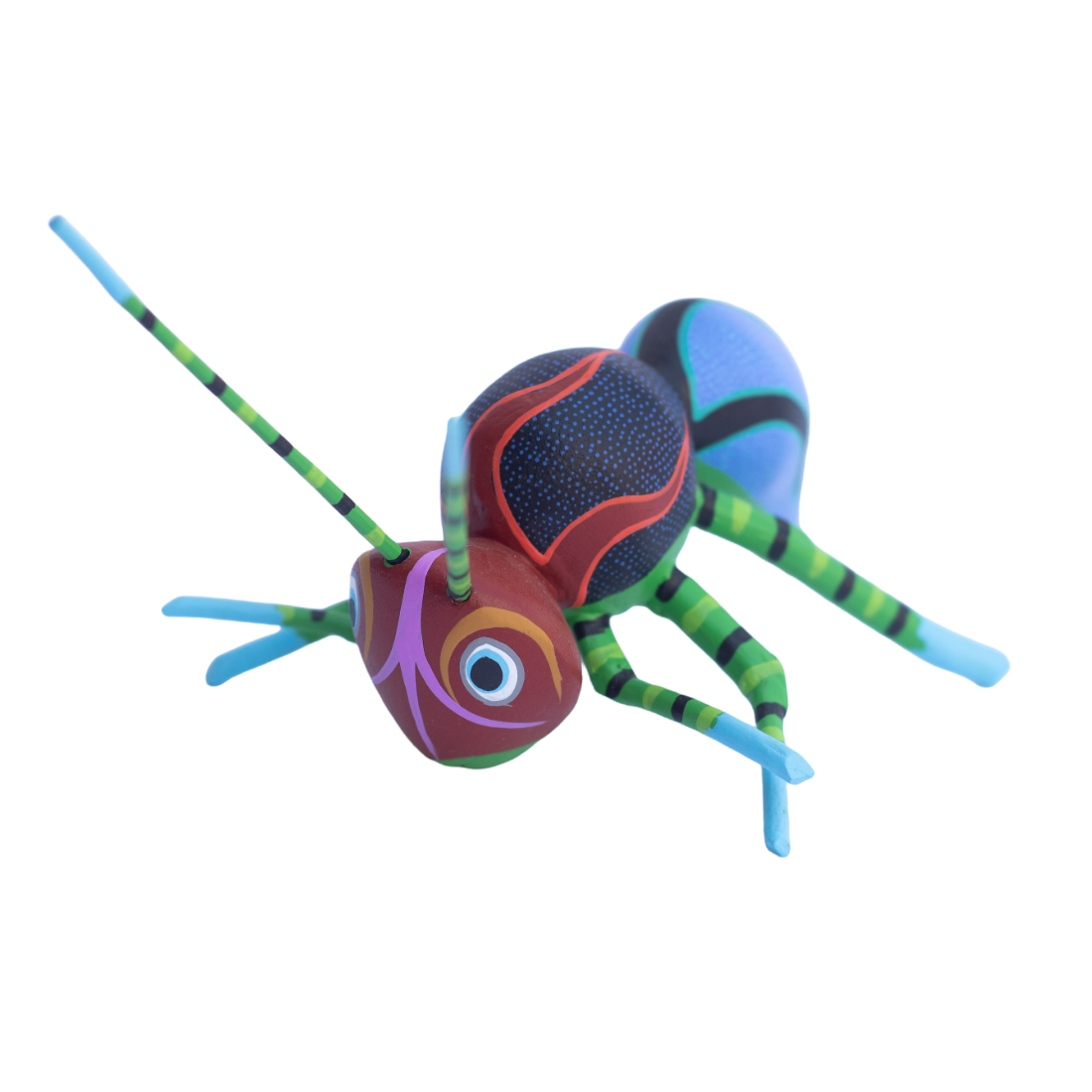 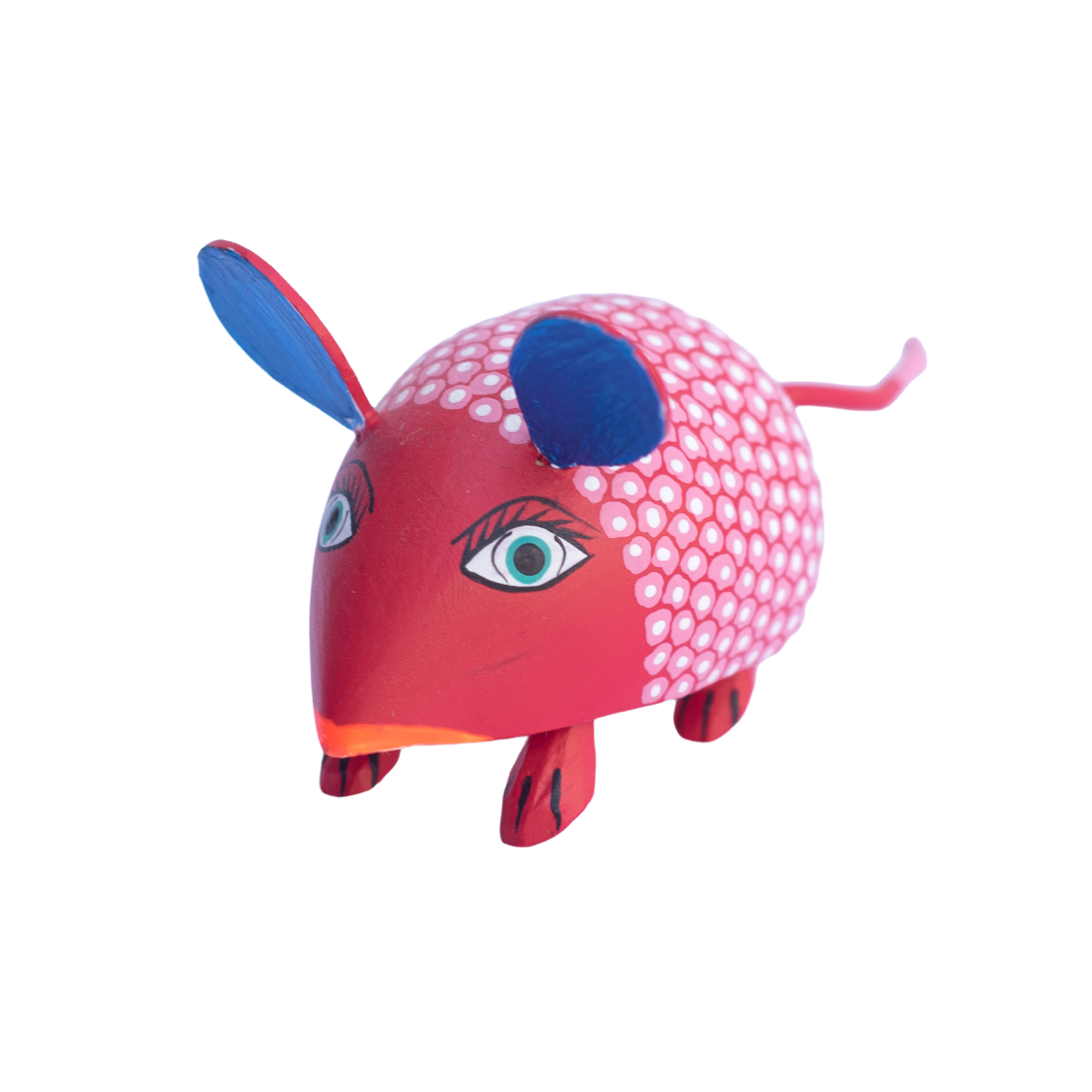 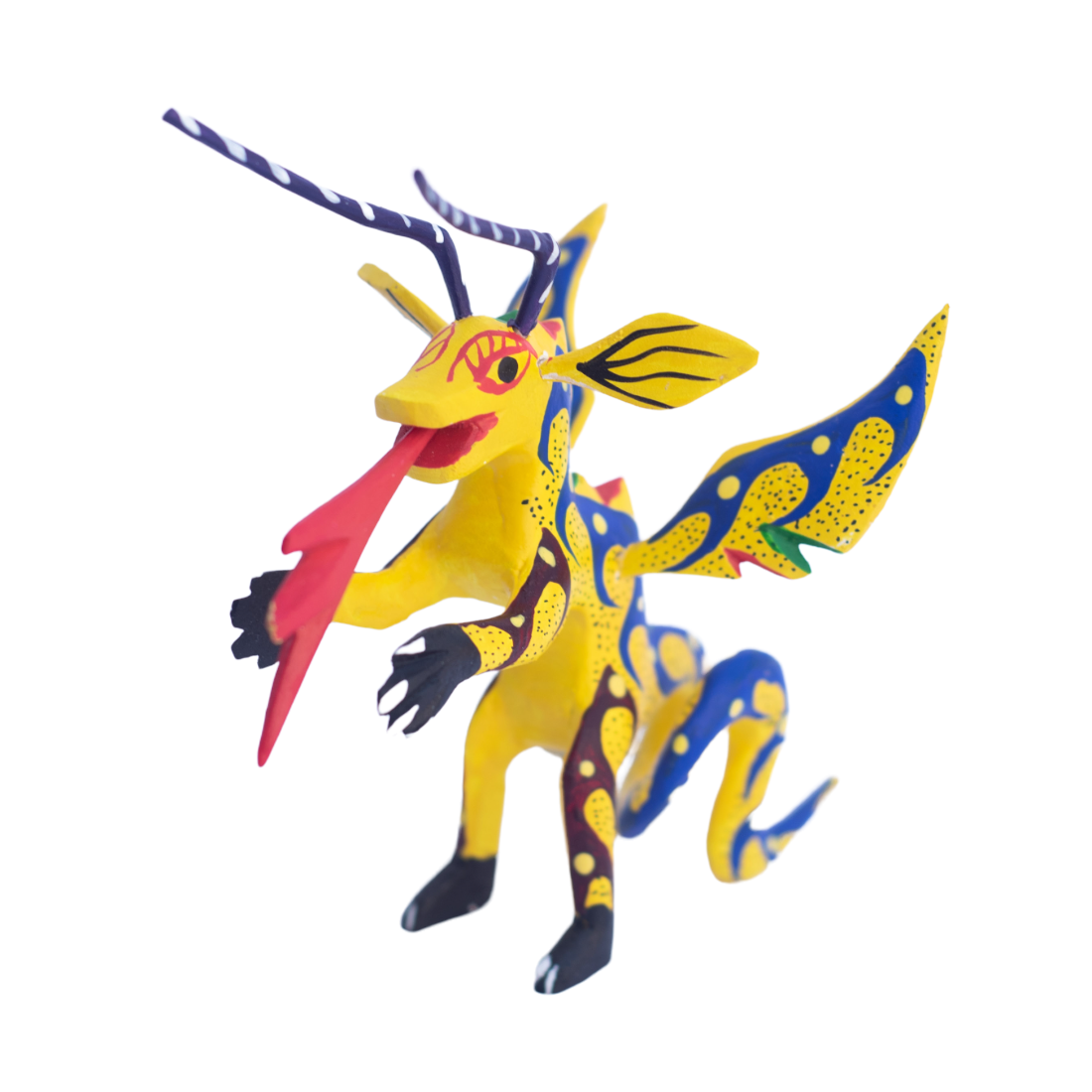 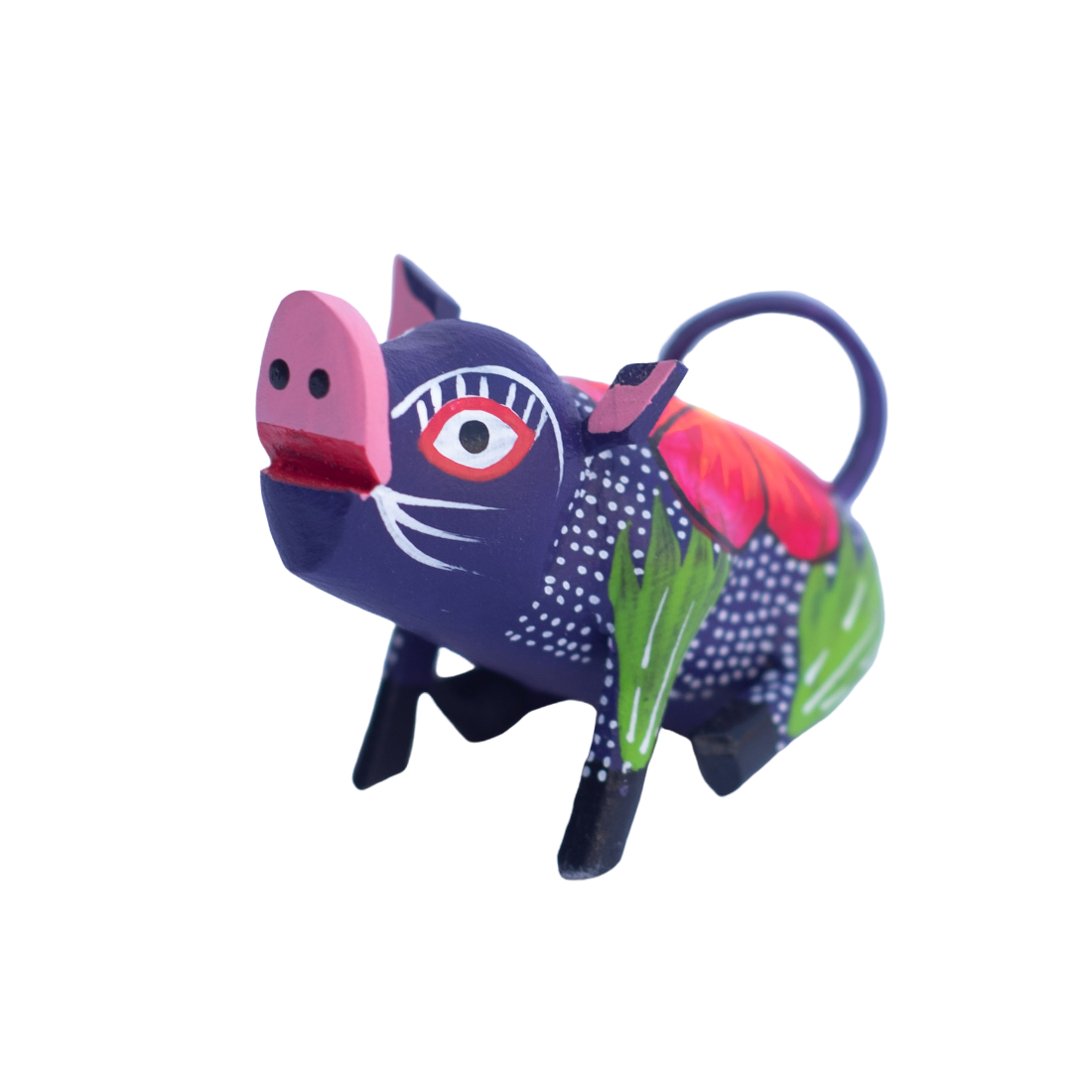 Check out our wide selection of colorful Alebrijes here!