Home / Blog / The Visual Feast: A Peek Into The Workshop Of Gerard Fortune

The Visual Feast: A Peek Into The Workshop Of Gerard Fortune

The Visual Feast: A Peek Into The Workshop Of Gerard Fortune

Where did the time go? Already it’s been a month since our return from Haiti – and such a great trip it was! Of course, we spent a good deal of time in Croix-des-Bouquets visiting the metal artists, but we also took a trip up the hill beyond Petionville to Montagne Noire to pay a call on one of the pre-eminent native painters in the country, Gerard Fortune, it’s nearly impossible to resist the charm and innocence of his paintings, so why try? We came back with an armload!

Gerard himself is a bit of enigma. In three tries to determine even the year of his birth, I came up with three different answers. In fact, I found out that a friend of ours asked him directly once and the reply was, “Well, I don’t really know.” The closest I can pinpoint is somewhere between 1925 and 1935. Working most of his adult life as a pastry chef, and also being a practicing houngan, Gerard began to teach himself to paint in the early 1980s. 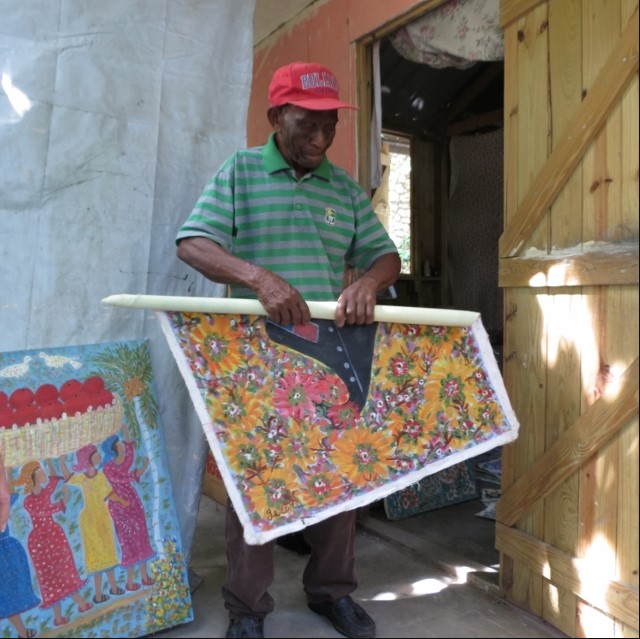 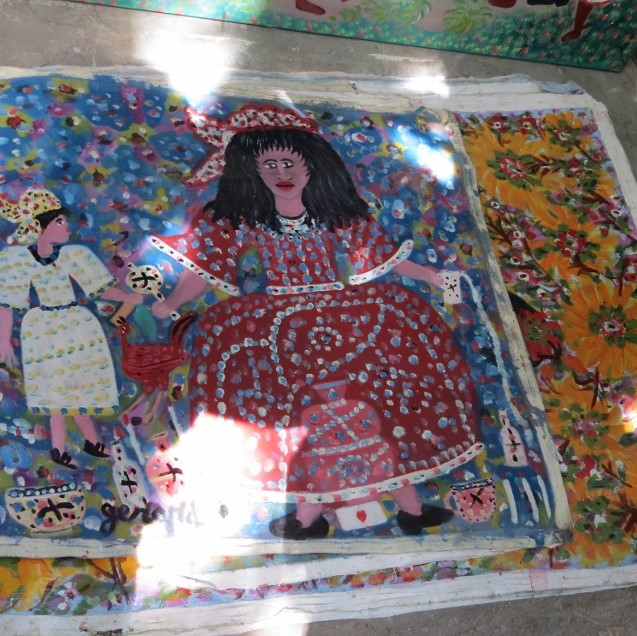 In 1988, Selden Rodman published his masterful book on Haitian art, Where Art Is Joy, he included several of Gerard’s paintings – most in full-color plates. At once, Gerard’s place in the art world was established. Today, his work is part of permanent museum collections in the United States and in Europe, and is avidly sought by private collectors as well.

That having been said, he is a man of modest means. He lives and works in a two-room dwelling of cinderblock, mortar, and corrugated tin in the space between two towering mansions. Without running water or electricity, he and his older brother and younger sister, each in similar shanties nearby, share the chores of fetching water, laundry, and cooking. I use the term “shanties” with a bit of reluctance. The word seems accurate, but it doesn’t convey the cheer of the brightly painted walls or the grace of the banana trees shading the windows, or the laughter of children playing outside. Theirs are the humble homes of the working poor, but they are far from dreary. 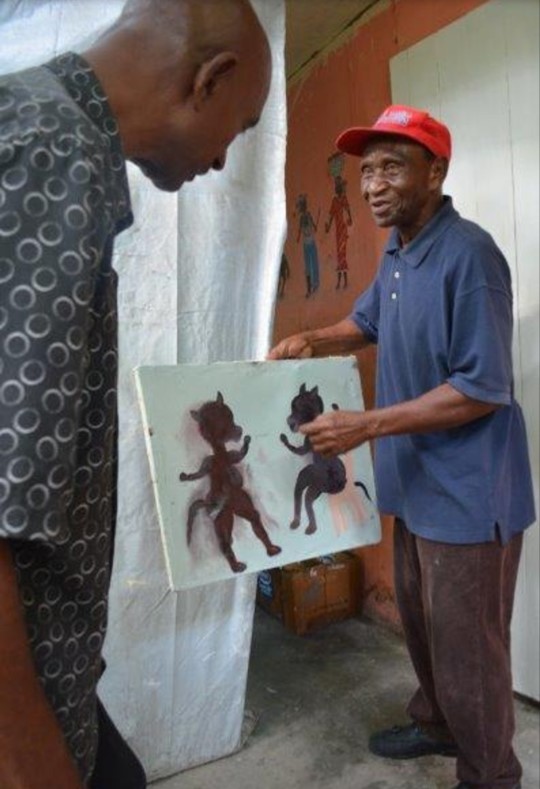 Inside, paintings are everywhere. In stacks, hanging layer upon layer on the walls, and those in process on the table. A visual feast, to say the least. The hard part, as always, was choosing which ones to bring home. Find his work on our website: https://www.itscactus.com/folk-art/other-haitian-art/haitian-paintings-gerard-fortune/ .Now don’t you feel the same? 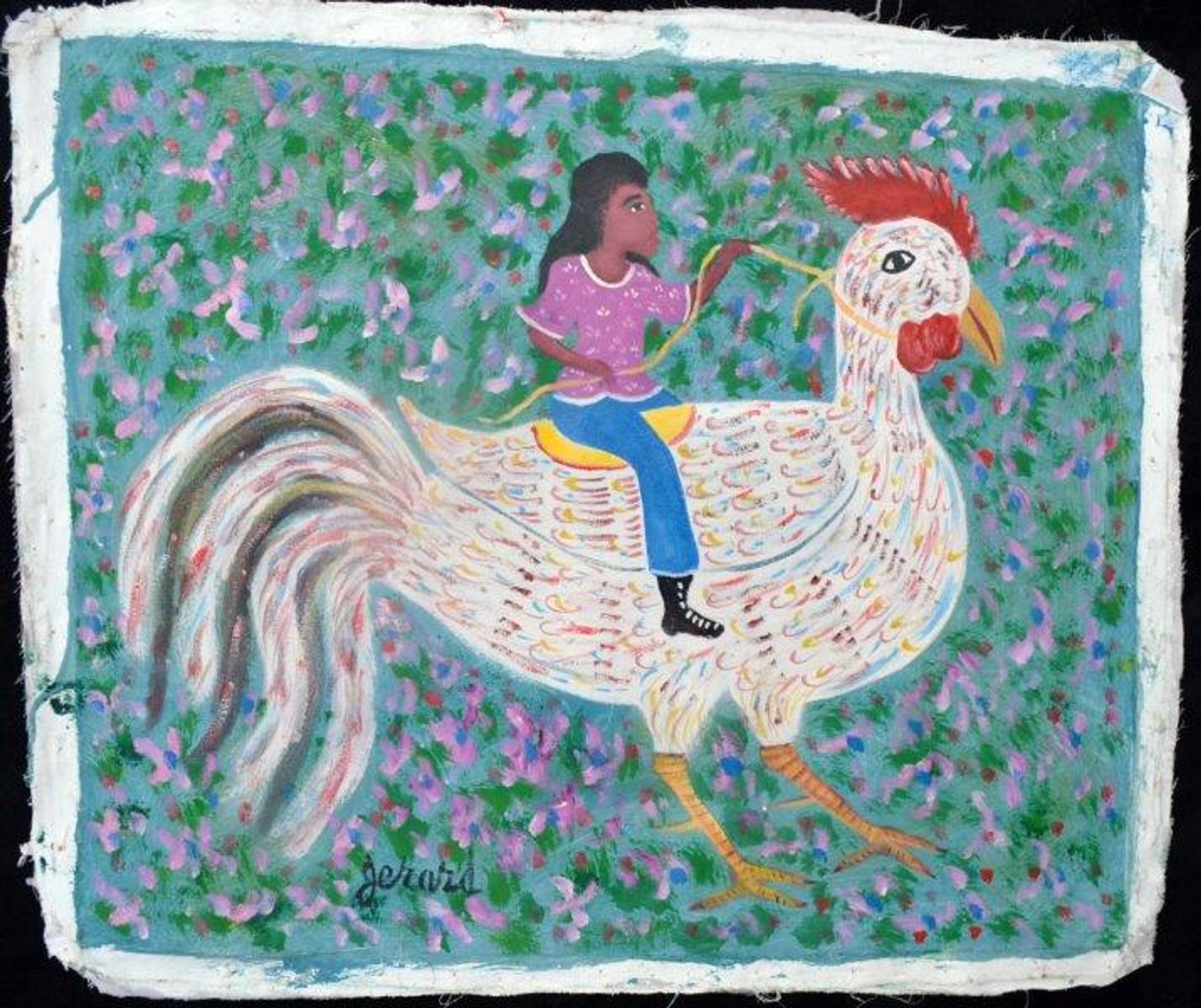 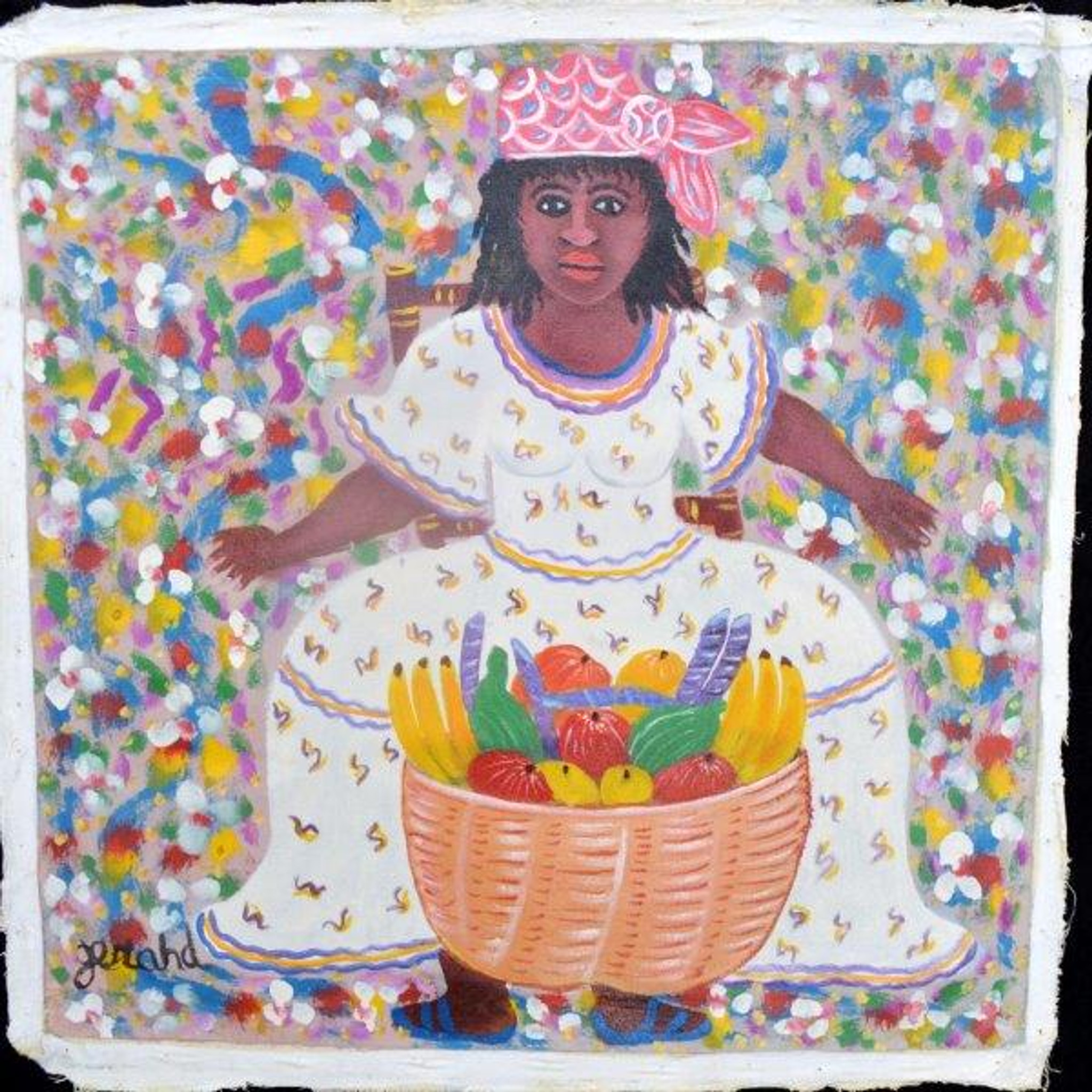 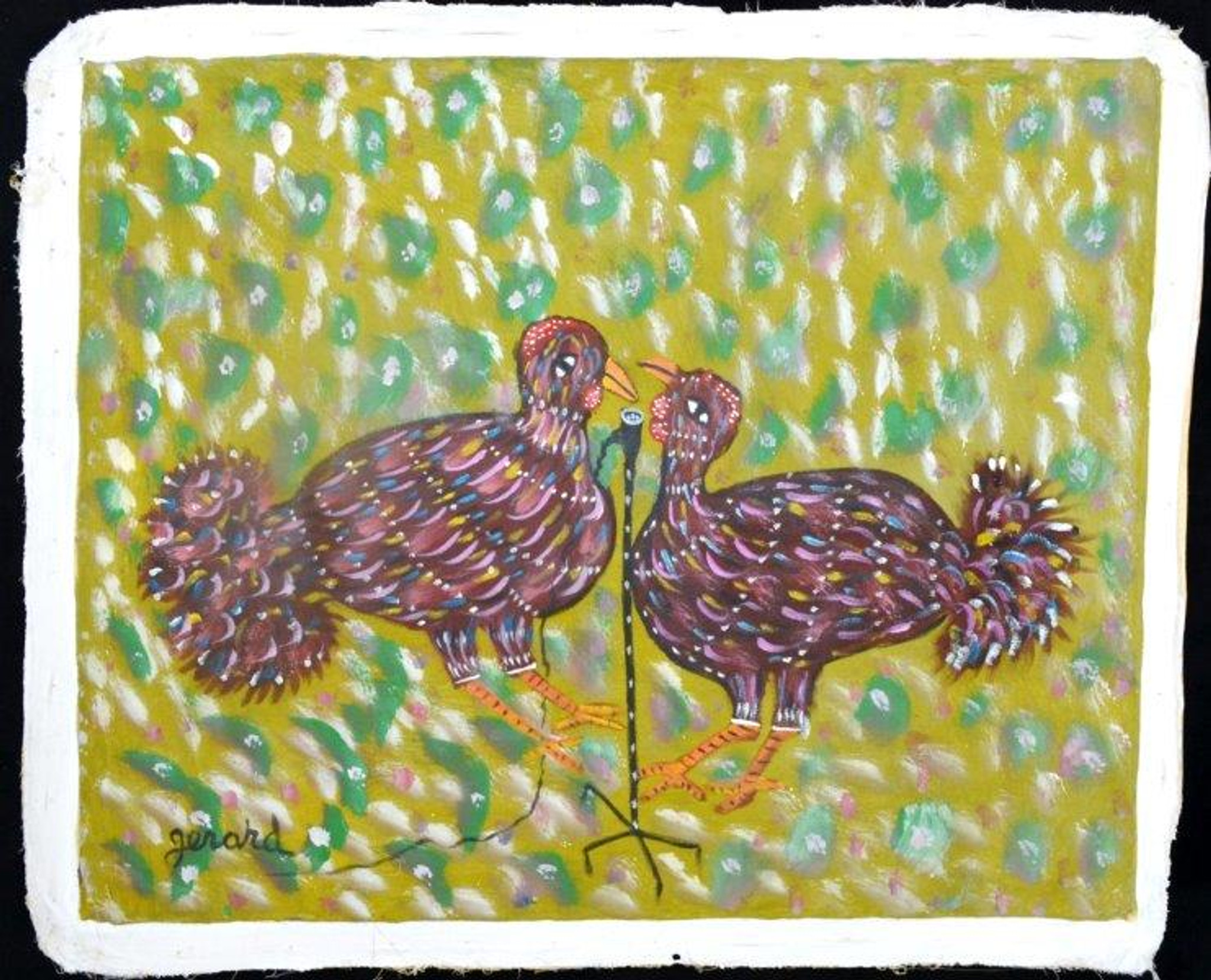